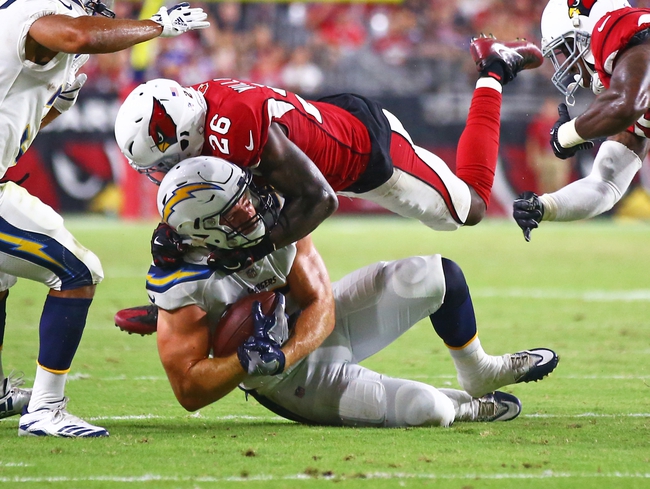 The Arizona Cardinals look to play spoiler at this point in the season after losing eight of their last 10 games. The Arizona Cardinals have lost three of their last four road games. Josh Rosen is completing 54.8 percent of his passes for 1,416 yards, nine touchdowns and 10 interceptions. Rosen has one or less touchdown passes in six of his eight career games. Christian Kirk and Larry Fitzgerald have combined for 925 receiving yards and seven touchdowns while David Johnson has 32 receptions. The Arizona Cardinals ground game is averaging 78.8 yards per contest, and Johnson leads the way with 629 yards and six touchdowns. Defensively, Arizona is allowing 24.8 points and 359.7 yards per game. Antoine Bethea leads the Arizona Cardinals with 80 tackles, Chandler Jones has 10.5 sacks and Tre Boston has three interceptions.

The Arizona Cardinals pretty much are what they are at this point, and while things have been ugly, four of their eight games have been decided by 10 or less points. The Los Angeles Chargers are coming off a bad loss to the Denver Broncos, and while they're one of the better teams in the AFC, four of their last seven games have been decided by one score. The Arizona Cardinals are 3-5-1 ATS in their last nine games as a double-digit underdog. The Los Angeles Chargers have failed to cover five of their last seven games as a double-digit favorite. The Cardinals can't score points and are a brutal team to back, but the Chargers rarely blow teams out. It seems like the Chargers play down to the team they're playing and always do what they can to make things interesting. I wouldn't touch this game, but if forced to pick, I'd want the points.