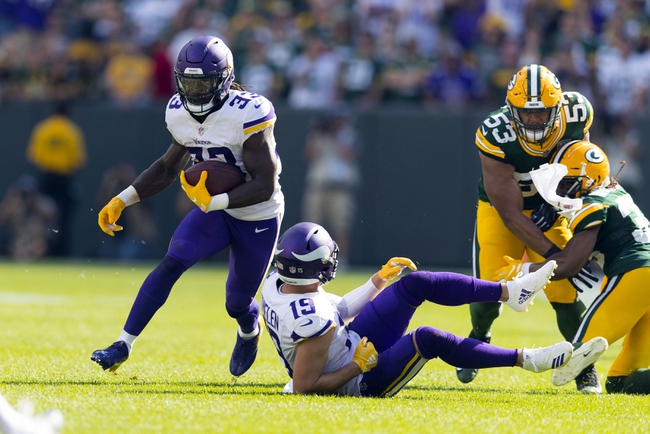 The Green Bay Packers come into this one looking to bounce back after falling to Seattle in their last outing by a final score of 27-24. Aaron Rodgers has thrown for 3,073 yards, 19 touchdowns and 1 interception while Aaron Jones has rushed for 534 yards and 5 touchdowns this season. Davante Adams is Green Bay’s leading receiver this season, logging teams-highs of 72 receptions for 953 yards and 9 touchdowns. Defensively, Kyler Fackrell leads the Packers with 8 sacks while Kenny Clark has 5 sacks and Blake Martinez has 4 sacks and a team-high 54 tackles this season. As a team, Green Bay is averaging 398.8 yards of total offense and 24.7 points per game this season.

There’s no denying that Minnesota is a solid team at home, and the Vikings defense has been playing phenomenal. The Packers have also had their share of struggles ATS on the road this season. However, one more loss for Green Bay and the Packers can almost kiss any aspirations of playoff football goodbye, and I don’t think a quarterback the likes of Aaron Rodgers is going to let that happen this early in the season. I see this game being close throughout, so I’ll take a shot at Green Bay and the points, considering that I’m getting the hook as well.