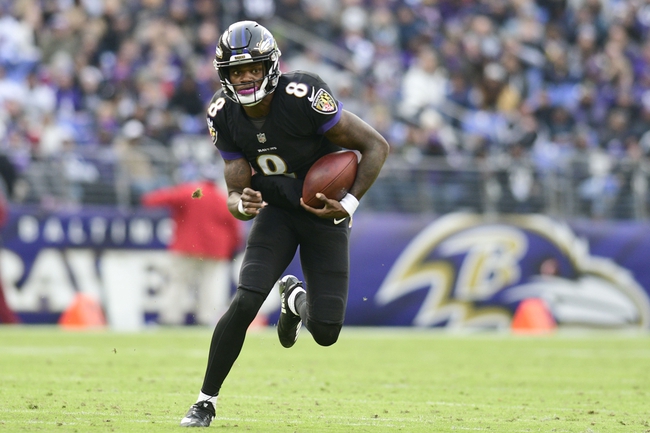 The Oakland Raiders and Baltimore Ravens meet Sunday in NFL action at the M&T Bank Stadium.

The Oakland Raiders look to play spoiler while winning back-to-back games for the first time this season. The Oakland Raiders have lost four of their last five road games. Derek Carr is completing 70.6 percent of his passes for 2,633 yards, 12 touchdowns and eight interceptions. Carr has one or less touchdown passes in seven of his last 10 games. Jared Cook and Jalen Richard have combined for 1,109 receiving yards and four touchdowns while Jordy Nelson has 25 receptions. The Oakland Raiders ground game is averaging 102.6 yards per contest, and Marshawn Lynch leads the way with 376 yards and three touchdowns. Defensively, Oakland is allowing 29.3 points and 387.4 yards per game. Tahir Whitehead leads the Oakland Raiders with 72 tackles, Maurice Hurst has four sacks and Gareon Conley has two interceptions.

The Baltimore Ravens need a win here to get a game above a .500 record and to stay in the AFC playoff race. The Baltimore Ravens have won three of their last five home games. Lamar Jackson is completing 64.5 percent of his passes for 237 yards, one touchdown and one interception. Jackson enters this game with 31 career pass attempts under his belt. John Brown and Willie Snead IV have combined for 1,123 receiving yards and five touchdowns while Michael Crabtree has 42 receptions. The Baltimore Ravens ground game is averaging 110.1 yards per contest, and Alex Collins leads the way with 411 yards and seven touchdowns. Defensively, Baltimore is allowing 18.1 points and 300 yards per game. C.J. Mosley leads the Baltimore Ravens with 64 tackles, Za'Darius Smith has 5.5 sacks and Brandon Carr has one interception.

The Oakland Raiders are just a mess of a football team right now on both sides of the ball, as every part of this team is struggling and the players are throwing coaches and others under the bus. The Baltimore Ravens managed to pull out a close contest last week against the Cincinnati Bengals, and they'll be forced to go with their rookie quarterback again. The Oakland Raiders have failed to cover four of their last six games as a double-digit underdog. The Baltimore Ravens have failed to cover eight of their last nine games as a double-digit favorite. The Raiders are awful and everybody knows it. I really don't want to back a team with so much drama on and off the field. However, I'm not laying double-digit chalk with a rookie quarterback. Jackson hasn't proven to be a good enough passer to win a game in blowout fashion, and if he did, Joe Flacco wouldn't have a job. Give me the points.