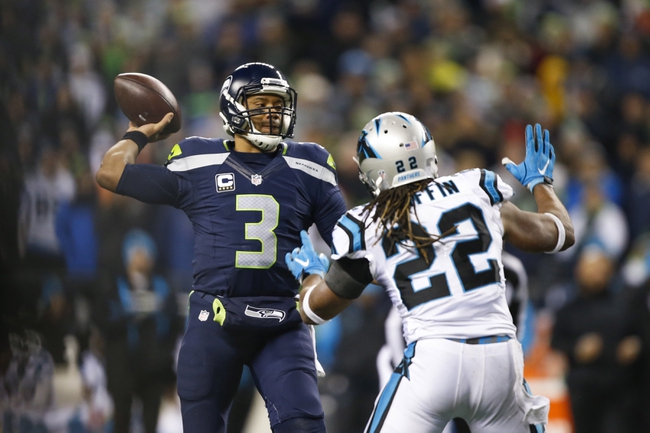 The Seattle Seahawks will visit the Carolina Panthers at Bank of America Stadium on Sunday in NFL activity.

The Seahawks are sitting at 5-5 this season and haven’t won more than two games in a stretch yet—or lost more, for that matter. Seattle is coming off an intense 27-24 victory over the Packers last Thursday.

In the Green Bay game, Seahawks QB Russell Wilson put up 225 yards and two scores, and Chris Carson led the rush on 83 yards and a TD. Tyler Lockett was the top receiver for Seattle on 71 yards from five catches.

Over on the Panthers’ side, they’re 6-4 this season. Carolina started things out this year at 6-2 and were looking pretty good, but have lost their last pair of games versus the Steelers and Lions.

In the Detroit game, Carolina QB Cam Newton managed 357 yards, three scores and a pick, and Christian McCaffrey led the rush on 53 yards. DJ Moore was the lead receiver for the Panthers on 157 yards and a TD from seven catches.

Seattle is mired right in the middle of the mediocrity logjam in the NFL right now, but the good news for them is that their remaining schedule is pretty favorable. They’ll get the 49ers twice and also Arizona in their last six games.

As for the Panthers, they just haven’t looked good over their last couple of games, giving up 52 to the Steelers and posting just 19 against the vulnerable Lions (but still were in a position to push overtime). I’m not ready to trust them here just yet, so I’m sticking with Seattle on the cover.