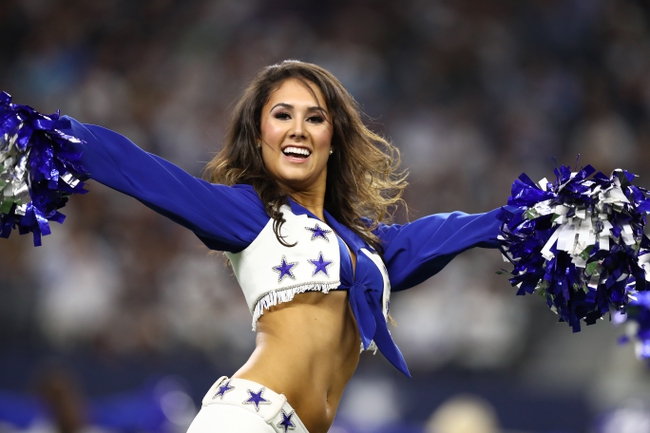 The New Orleans Saints and the Dallas Cowboys face off on Thursday Night Football in a week 13 NFL matchup.

New Orleans rolls in here at 10-1 on the season so far. The Saints’ lone loss came way back in Week 1 in an eight-point margin by Tampa Bay, and since they’ve rattled off 10 straight victories.

Last week versus the Falcons, Saints QB Drew Brees put up 171 yards and four scores, and Alvin Kamara led the rush with 89 yards. Tops in receiving for the Saints was Dan Arnold with 45 yards and a TD off four catches.

Over on the Cowboys side, they’re 6-5 this season. Dallas got off to a pretty shaky start at 3-5, but they’ve won their last three straight, including last week’s 31-23 victory versus the Redskins.

In the Redskins game, Dallas QB Dak Prescott managed 289 yards and two TDs, and Ezekiel Elliott logged 121 yards and a TD on the ground. Amari Cooper was the lead receiver for Dallas on 180 yards and two touchdowns from eight catches.

New Orleans isn’t just winning games versus anyone and everyone who comes along, they’re doing it convincingly and putting up an absolute truckload of points. The Saints have hit at least 30 in each of their last five outings.

As for the Cowboys, they got a key win last week but need to keep the pressure on if they want to take the division. This isn’t a good matchup to do that with, so I’m going with New Orleans for the cover.