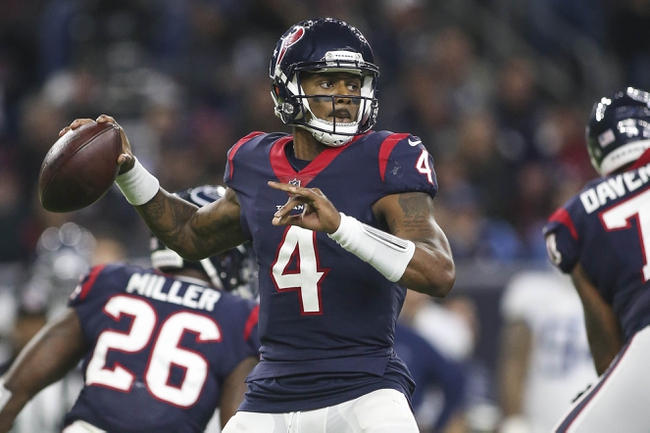 The Cleveland Browns and the Houston Texans meet in week 13 NFL action from NRG Stadium on Sunday afternoon.

The Cleveland Browns will look to build on back-to-back wins for the first time in what seems like forever following a 35-20 win over Cincinnati in their last outing. Baker Mayfield has thrown for 2,242 yards, 17 touchdowns and 7 interceptions on 62.7% passing while Nick Chubb has rushed for 663 yards and 6 touchdowns this season. Jarvis Landry leads Cleveland with 60 catches for 630 yards this season while David Njoku has 431 receiving yards and Antonio Callaway, Duke Johnson Jr. and Rashard Higgins each have 300+ receiving yards this season. Defensively, Myles Garrett leads Cleveland with 10 sacks while Damarious Randall leads the Browns with 52 tackles this season. As a team, Cleveland is averaging 354.2 yards of total offense and 23 points per game this season.

The Houston Texans will be looking to build on their 8-game winning streak after a 34-17 beatdown of Tennessee on Monday night football. Deshaun Watson has thrown for 2,807 yards, 20 touchdowns and 9 picks while Lamar Miller has rushed for a team-high 773 yards and 3 touchdowns this season. DeAndre Hopkins leads Houston’s receiving corps with 73 catches for 1,024 yards and 8 touchdowns this season. Defensively, J.J. Watt leads Houston with 11.5 sacks and Jadeveon Clwoney has 7 sacks this season, while Tyrann Mathieu has a team-high 55 tackles this season. As a team, Houston is averaging 373.1 yards of total offense and 24.8 points per game this season.

Cleveland has been playing better as of late and it appears like the Browns are playing with some confidence after back-to-back wins. However, Houston has been rolling as of late, and while it’ll be interesting to see if the Texans can keep it up come playoff time, the fact is that stepping in front of the Texans right now would not be the wisest of ideas, so I’ll lay the points with the Texans to make it 9 in a row here.