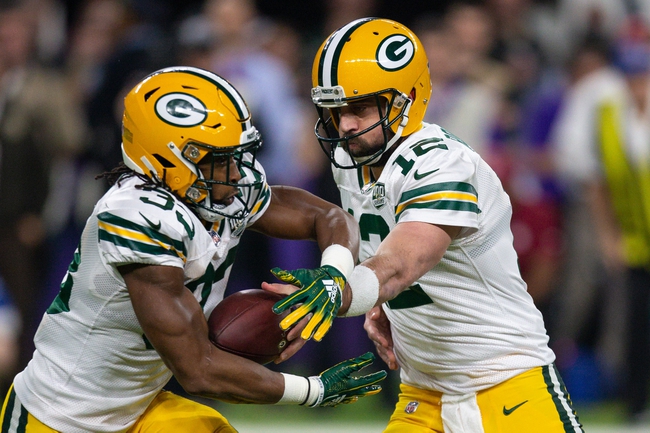 The Arizona Cardinals and the Green Bay Packers match up in NFL action on Sunday from Lambeau Field.

Arizona enters this one with a 2-9 mark so far. The Cardinals’ only victories have come versus the 49ers on two separate occasions, and they lost big last week 45-10 to the Chargers.

In the San Diego game, Cardinals QB Josh Rosen put up 105 yards, a TD and a pick, and David Johnson managed 63 yards rushing to lead the team. Arizona’s top receiver was Christian Kirk with four grabs for 41 yards.

Over on the Packers’ side, they’re 4-6-1 this season. Green Bay has lost their last two games versus the Seahawks and Vikings, but the good news is that they fell by just 10 combined points in those.

In the Vikings game, Green Bay QB Aaron Rodgers put up 198 yards and a score, while Aaron Jones led the rush on 72 yards and a TD. Tops in receiving for the Pack was Davante Adams with 69 yards and a TD on five catches.

Well, there’s not much to say about the Cardinals this year except for the fact that it’s a good thing the season is almost over. Arizona was destroyed 45-10 last weekend and they’ve routinely been outclassed versus mediocre teams.

As for Green Bay, their run of divisional dominance appears to be over, but any team with Rodgers on it has a good chance at putting up points. I’m going Green Bay here.