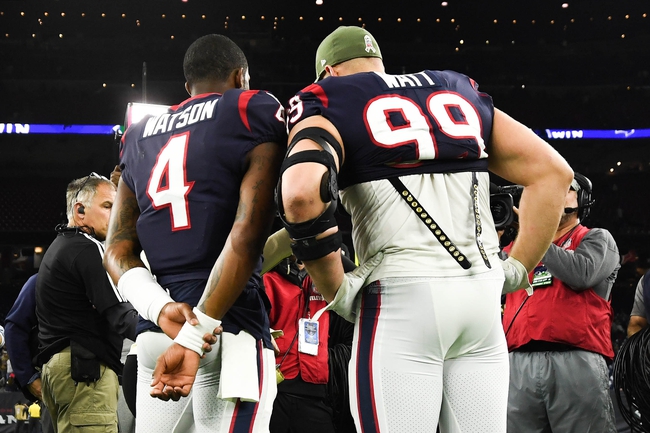 The Houston Texans look to build on their eight-game winning streak while chasing a top seed in the AFC. The Houston Texans have won four straight home games. Deshaun Watson is completing 66.1 percent of his passes for 2,807 yards, 20 touchdowns and nine interceptions. Watson has two or more touchdown passes in 11 of his last 16 games. DeAndre Hopkins and Keke Coutee have combined for 1,311 receiving yards and nine touchdowns while Ryan Griffin has 14 receptions. The Houston Texans ground game is averaging 136.5 yards per contest, and Lamar Miller leads the way with 773 yards and three touchdowns. Defensively, Houston is allowing 20.2 points and 333.6 yards per game. Benardrick McKinney leads the Houston Texans with 70 tackles, J.J. Watt has 11.5 sacks and Justin Reid has three interceptions.

The Cleveland Browns have a little swagger entering this game, as they've won back-to-back games for the first time since Black Beatles was on the music charts and Mayfield is playing his best ball of his rookie season. The Houston Texans are coming off an impressive blowout win over the Tennessee Titans, and three of their last five wins have been decided by double digits. The Cleveland Browns have covered six of their last eight games when an underdog of at least three points. The Houston Texans have failed to cover six of their last eight games when a favorite of at least three points. I know the Browns are playing well and have been in nothing but close games. But there's still levels to this, and right now, the Texans are on fire both offensively and defensively, and I'm not convinced the Browns are ready for this on the road. The Browns beat the Falcons and the Bengals, which is good by their standards and clear progress, but neither of those teams are on the level or playing as well as the Texans right now. I'm simply not buying into the Browns just yet. I'll take the Texans by a touchdown.