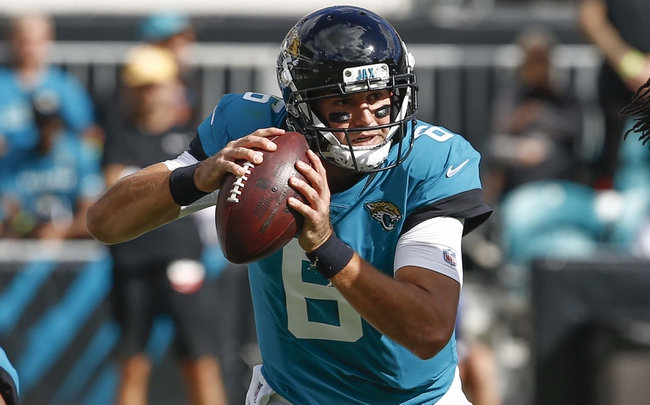 The Indianapolis Colts and Jacksonville Jaguars meet Sunday in NFL action at the TIAA Bank Field.

The Indianapolis Colts are riding a five-game winning streak, but only one of those wins came on the road, so we still have to be careful with this team and see them perform outside of their cozy dome. The Jacksonville Jaguars haven't won a game since the end of September and are trying anything at this point to find offense with Kessler getting the nod at quarterback. The Indianapolis Colts are 3-3-1 ATS in their last seven games as a favorite of at least three points. The Jacksonville Jaguars are 0-2-2 ATS in their last four games as an underdog of at least three points. I want no part of the Jaguars right now, which has been the case for weeks. The offense can't score, and that probably doesn't change with Kessler, the defense eventually gives up and the Jags lose. The Colts are a confident bunch and Luck is playing out of his mind. I'll eat the chalk.