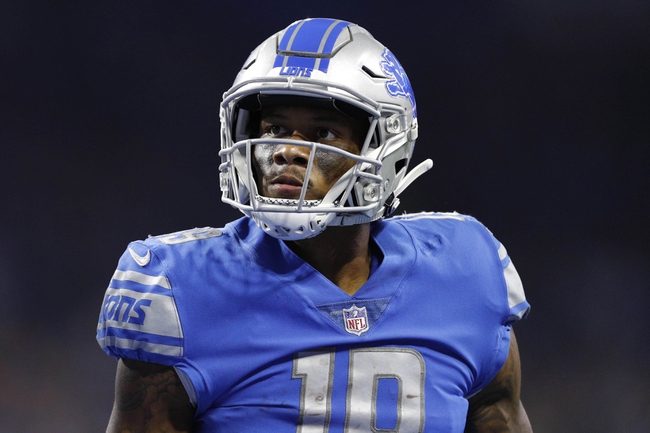 The Los Angeles Rams and Detroit Lions meet Sunday in NFL action at the Ford Field.

The Detroit Lions look to play spoiler at this point after losing four of their last five games. The Detroit Lions have split their last six home games. Matthew Stafford is completing 67 percent of his passes for 2,841 yards, 17 touchdowns and 10 interceptions. Stafford has three or more touchdown passes in seven of his last 10 games. Kenny Golladay and Marvin Jones Jr. have combined for 1,312 receiving yards and 10 touchdowns while Theo Riddick has 48 receptions. The Detroit Lions ground game is averaging 101.4 yards per contest, and Kerryon Johnson leads the way with 641 yards and three touchdowns. Defensively, Detroit is allowing 26 points and 355.5 yards per game. Jarrad Davis leads the Detroit Lions with 66 tackles, Devon Kennard has six sacks and Darius Slay has two interceptions.

The Los Angeles Rams have had an extra week to prepare for this game, and while the wins have been piling up, six of their last seven victories have been decided by seven or less points. The Detroit Lions haven't played since Thanksgiving and the offense has been held to 20 or less points in four of their last five games. The Los Angeles Rams have split their last 10 games ATS as a double-digit favorite. The Detroit Lions have split their last six games as a double-digit underdog. I'm not laying double-digit points with a Rams team that has countless last minute victories, but I'm certainly not backing the Lions in their current form. Instead, I'll take the over. The Rams in a dome should light it up offensively. The Lions are better offensively than what they've shown recently and Stafford is the king of garbage points when games are out of hand. Expect high scoring. Give me the over.