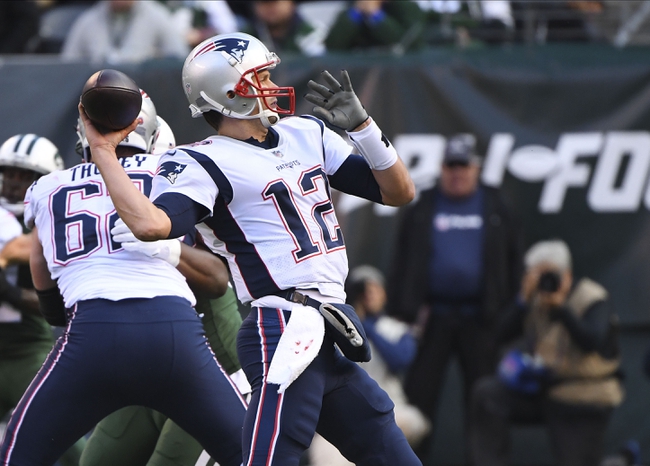 The Minnesota Vikings and the New England Patriots meet in week 13 NFL action from Gillette Stadium on Sunday afternoon.

The Minnesota Vikings will look to find some consistent play after alternating wins and losses in each of their last 5 games, including a 24-17 win over Green Bay in their last outing. Kirk Cousins has thrown for 3,289 yards, 22 touchdowns and 7 interceptions on 71.1% passing while Latavius Murray has rushed for 455 yards and 5 touchdowns this season. Adam Thielen leads the Vikings’ receiving corps with 93 catches for 1,138 yards and 8 touchdowns while Stefon Diggs has 79 receptions for 790 yards and 6 scores. Defensively, Danielle Hunter leads Minnesota with 11.5 sacks while Eric Kendricks and Harrison Smith are tied for the team-lead with 48 tackles this season. As a team, Minnesota is averaging 368.5 yards of total offense and 24.1 points per game this season.

The New England Patriots will look to build some steam after a 27-13 win over the New York Jets in their last outing. Tom Brady has thrown for 3,031 yards, 19 touchdowns and 7 interceptions on 65.2% passing while Sony Michel has rushed for 586 yards and 5 TDs this year. James white leads the Patriots in receiving with 67 catches for 567 yards and 6 touchdowns while Josh Gordon, Julian Edelman and Rob Gronkowski each have 500+ receiving yards so far this season. Defensively, Deatrich Wise Jr. leads the Pats with 4.5 sacks while Kyle Van Noy and Devin McCourty are tied for the Patriots’ lead with 43 tackles this season. As a team, New England is averaging 388.2 yards of total offense and 27.9 points per game this season.

Minnesota has all the pieces to hang around with New England offensively, but I’m a bit concerned about the Vikings and their consistency down the stretch. New England isn’t the offensively dominant force we’ve become accustomed to seeing over the years this season, but the Patriots still have the GOAT under center and can rack up points in a hurry. The Patriots have also been solid at home for a long time both SU and ATS, so I’ll lay the points with New England in a game I see the Patriots winning by a touchdown.