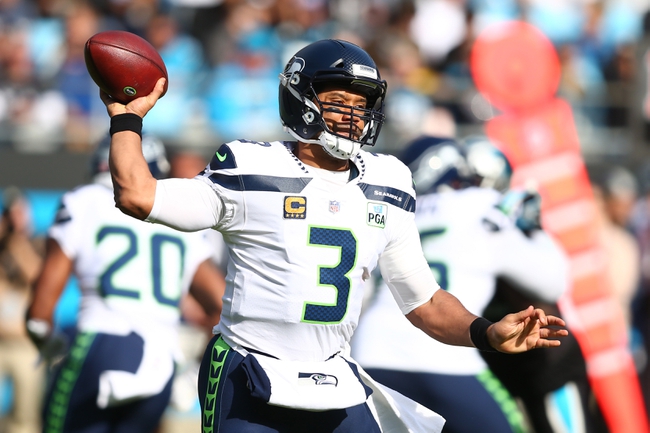 The San Francisco 49ers and the Seattle Seahawks match up in Week 13 NFL action on Sunday.

The 49ers enter this game at 2-9 on the year. After taking out the Raiders November 1, San Francisco has since lost to the Giants and Buccaneers across their last two outings.

In the Bucs game, San Fran QB Nick Mullens logged 221 yards, one TD and two picks, while Matt Breida had a solid day on the ground with 14 carries and 106 yards. Dante Pettis was the lead receiver for the 49ers with 77 yards and a TD off four grabs.

Over on the Seahawks’ side, they’re rolling in at 6-5 on the year.

In the Carolina game, Seattle’s Russell Wilson tallied 339 yards and two TDs, and Chris Carson was the top rusher on 55 yards and a score. Tyler Locket had a nice day leading the Seahawks receivers with 107 yards and a score off five catches.

San Francisco scored pretty well against the Raiders and Giants, logging 57 points across those two games. That said, the Niners were drilled by the Buccaneers 27-9 and couldn’t keep that offensive momentum going.

The line here is a little thick for my tastes, but it’s definitely doable for the Seahawks to bang out a cover here—especially in a home game.