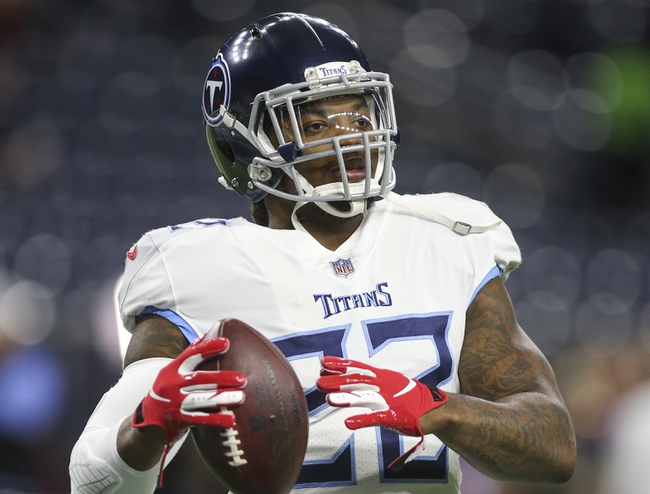 The New York Jets look to play spoiler at this point in the season while snapping a five-game losing streak. The New York Jets have lost their last four road games. Josh McCown is completing 54.4 percent of his passes for 411 yards, one touchdown and three interceptions. McCown and Sam Darnold have combined for 12 touchdown passes and 17 interceptions this season. Robby Anderson and Quincy Enunwa have combined for 786 receiving yards and four touchdowns while Chris Herndon has 26 receptions. The New York Jets ground game is averaging 104.3 yards per contest, and Isaiah Crowell leads the way with 582 yards and six touchdowns. Defensively, New York is allowing 25.4 points and 361.6 yards per game. Avery Williamson leads the New York Jets with 89 tackles, Jordan Jenkins has five sacks and Darron Lee has three interceptions.

The Tennessee Titans need a win here to get back to a .500 record while staying in the AFC playoff race. The Tennessee Titans have won three of their last four true home games. Marcus Mariota is completing 70.3 percent of his passes for 1,886 yards, nine touchdowns and six interceptions. Mariota has one or less touchdown passes in three of his last seven games. Corey Davis and Dion Lewis have combined for 1,013 receiving yards and four touchdowns while Tajae Sharpe has 22 receptions. The Tennessee Titans ground game is averaging 111.1 yards per contest, and Derrick Henry leads the way with 434 yards and four touchdowns. Defensively, Tennessee is allowing 20.3 points and 346.5 yards per game. Wesley Woodyard leads the Tennessee Titans with 65 tackles, Jayon Brown has five sacks and Adoree' Jackson has two interceptions.

The New York Jets are in full tank mode the rest of the season in hopes of a top draft pick, and they're averaging just 11.2 points during their five-game winning streak. The Tennessee Titans have issues of their own, losing five of their last seven games and have been held to 20 or less points in all six of their losses. The New York Jets have failed to cover seven of their last 10 games when an underdog of at least seven points. The Tennessee Titans have failed to cover five of their last seven games when a favorite of at least seven points. The Tennessee Titans obviously have more to play for and the Jets are downright awful, but I'm not trying to lay this big of a line with the way the Titans are playing. The Titans had a two week window where they looked like a playoff contender, but we've seen more inconsistent and bad play from this team than we have good. There's much better options on the board for Sunday's card, but if you make me pick this game, I'd want the points. I'm not laying nearly double-digit chalk with the Titans right now.