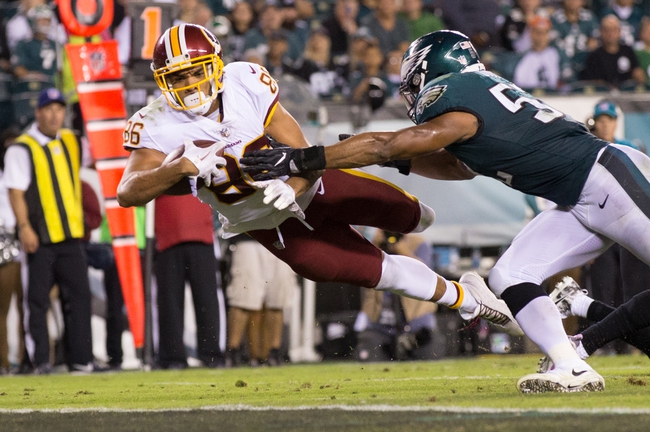 The Washington Redskins and the Philadelphia Eagles will be meeting up on the NFL’s “Monday Night Football” at Lincoln Financial Field this week.

The Redskins come in here with a 6-5 record overall. Washington had a good run of three straight victories in mid-season but have since lost three of four games, most recently to the Cowboys.

>Over on the Philly side, they’re 5-6 this year. Over their last five games, the Eagles are 2-3 with wins over the Jaguars and Giants, and losses to the Panthers, Cowboys and Saints.

The Alex Smith injury is pretty devastating for the Redskins, but there’s still a chance they can salvage the division if McCoy can step up and deliver some support. He should perform better here with a week-plus of prep time.

As for Philly, they’re having trouble dispatching just about everyone this year and seem to be the latest victims of the Super Bowl hangover. This should be a pretty good matchup, and I think the Redskins can pound out a cover.