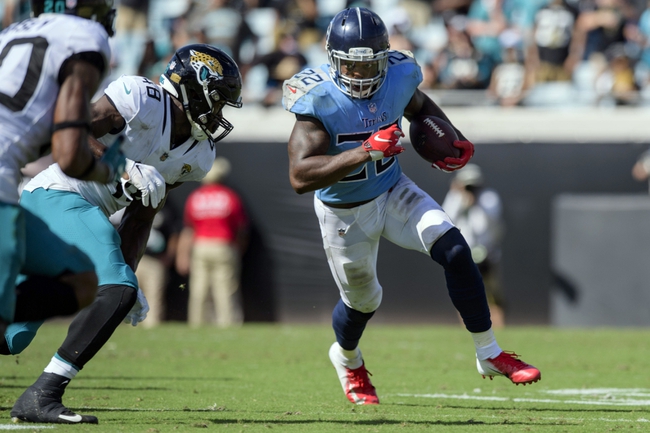 The Tennessee Titans look for a victory here to get a game above a .500 record and remain in the AFC playoff picture. The Tennessee Titans have won four of their last five home games. Marcus Mariota is completing 68.6 percent of his passes for 2,168 yards, 11 touchdowns and seven interceptions. Mariota has one or less touchdown passes in three of his last eight games. Corey Davis and Taywan Taylor have combined for 1,062 receiving yards and five touchdowns while Tajae Sharpe has 25 receptions. The Tennessee Titans ground game is averaging 112.7 yards per contest, and Derrick Henry leads the way with 474 yards and five touchdowns. Defensively, Tennessee is allowing 20.4 points and 340.9 yards per game. Wesley Woodyard leads the Tennessee Titans with 78 tackles, Jayon Brown has six sacks and Adoree' Jackson has two interceptions.

The Jacksonville Jaguars managed to snap their brutal losing streak against the Indianapolis Colts, but the defense needed to pitch a shutout and the offense managed just 11 first downs. I'm not sure the needle moved much after that performance. The Tennessee Titans made a big comeback to beat the New York Jets after once being down 16-0 late in the second quarter. While it's the Jets, it's a type of win that could carry over and give these Titans even more confidence. The Jacksonville Jaguars are 9-2-2 ATS in their last 13 games when an underdog of at least three points. The Tennessee Titans are 4-4-1 ATS in their last nine games when a favorite of at least three points. I've been fading the Jagaurs for months now, and while I didn't win last week, beating the Colts 6-0 and the offense not improving does nothing for me. The Titans are a physical bunch that can match the Jags energy, and they have offensive players who can find the end zone. I don't think Kessler and Jacksonville can move the ball on the road in this spot. I like the Titans by a touchdown.