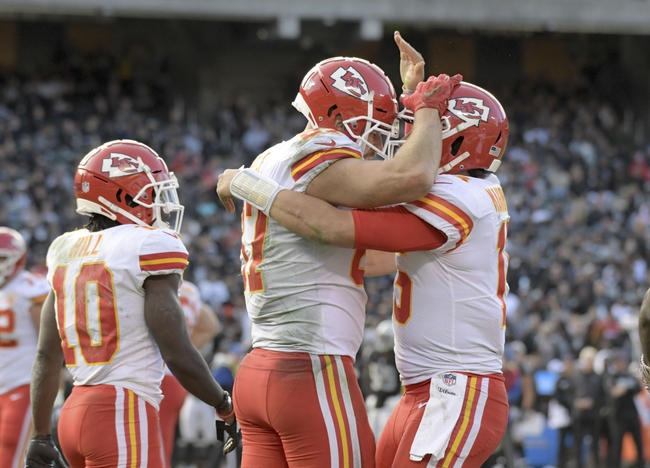 The Baltimore Ravens and the Kansas City Chiefs will meet up in Week 14 NFL action on Sunday.

Baltimore enters this game at 7-5 on the year. Following a three-game losing streak, the Ravens have since taken victories over the Bengals, Raiders and Falcons in their last three.

In the Atlanta game, Baltimore QB Lamar Jackson logged 125 yards passing with 75 and a TD on the ground, while Gus Edwards led the rush with 82 yards. Mark Andrews was the top Ravens receiver with 47 yards on three catches.

In the Raiders game, Chiefs QB Patrick Mahomes put up 295 yards passing with four TDs, and led the rush on 52 yards. Travis Kielce had a great game for Kansas City, leading the receivers with 168 yards and two scores on 12 grabs.

Over this three-game win streak, the Ravens have scored at least 24 points in each outing, and held the Ravens and Falcons to 33 combined points. Those teams aren’t exactly NFL elite, but it’s still worth noting.

Conversely, the Chiefs have scored 91 points over their last two games, but also allowed 87 on the other side—with 33 of those to the lowly Raiders.

This game may be closer than some people think, but the line isn’t crazy enough that I’m scared off KC here.