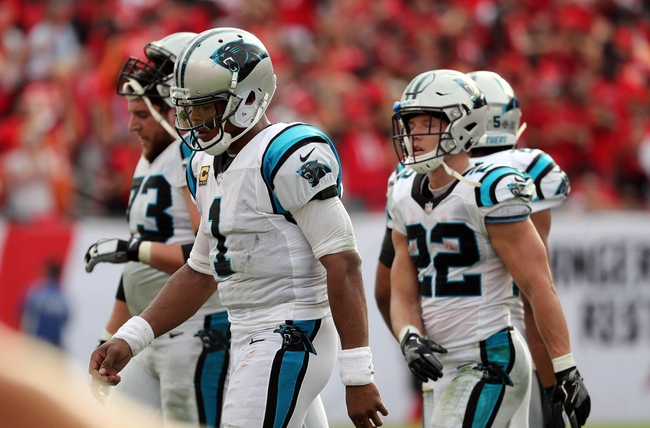 The Carolina Panthers and the Cleveland Browns will meet up in Week 14 NFL action on Sunday.

Carolina comes in here at a sketchy 6-6 on the year. The Panthers have so far beaten the Cowboys, Bengals, Giants, Eagles, Ravens, and Bucs but dropped to the Falcons, Redskins, Steelers, Lions, Seahawks and Tampa.

Over on the Browns’ side, they’re 4-7-1 this season. Cleveland tied the Steelers in the opener and took out the Jets, Ravens, Falcons and Bengals. The Browns’ losses came courtesy of the Saints, Raiders, Chargers, Bucs, Steelers, Chiefs and Texans.

In the Texans matchup, Browns QB Baker Mayfield put up 397 yards, one TD and three picks, and Nick Chubb posted 31 yards rushing with a TD. Jarvis Landry was Cleveland’s top receiver on 103 yards from six receptions.

Carolina is a really frustrating team this year. They’ve lived out the .500 life and are just looking listless over this four-game losing streak. It’s a disappointment given their overall talent.

Cleveland isn’t the league’s punching bag anymore, despite the bad game against a good Houston team last week. I like the Browns to show some life here and continue their rise out of the gutter. However, the line is just too thin for me right now so I’m going with Carolina.