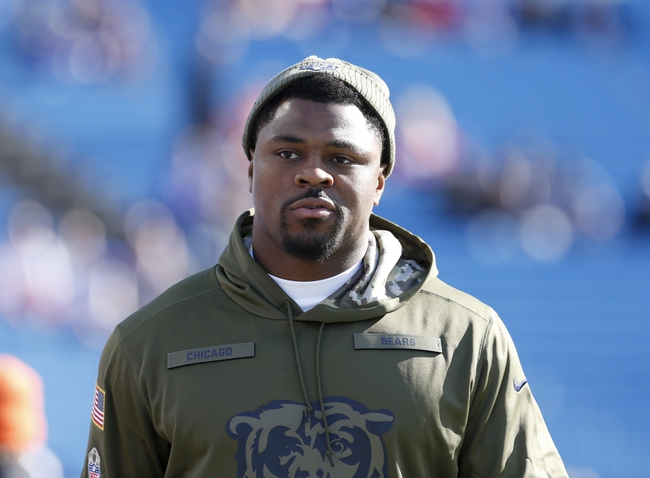 The Chicago Bears look for a statement home victory to prove they’re truly NFC contenders. The Chicago Bears have won their last three home games. Mitchell Trubisky is completing 65.4 percent of his passes for 2,469 yards, 20 touchdowns and nine interceptions. Trubisky has two or more touchdown passes in five of his last seven games. Tarik Cohen and Allen Robinson have combined for 1,232 receiving yards and eight touchdowns while Taylor Gabriel has 54 receptions. The Chicago Bears ground game is averaging 115.4 yards per contest, and Jordan Howard leads the way with 612 yards and five touchdowns. Defensively, Chicago is allowing 20.1 points and 317.9 yards per game. Roquan Smith leads the Chicago Bears with 91 tackles, Khalil Mack has nine sacks and Kyle Fuller has six interceptions.

The Los Angeles Rams have scored 30 or more points in 10 of their 12 games this season and are outscoring teams by 7.3 points during their three-game winning streak. The Chicago Bears are coming off a tough overtime loss to the New York Giants, and when you factor in that only two of their eight wins have come against winning teams, you can understand why some are backing off the Bears bandwagon. The Los Angeles Rams are 2-4-2 ATS in their last eight games when favored of at least three points. The Chicago Bears are 6-2-1 ATS in their last nine games when an underdog of at least three points. The Rams are obviously the better team here, but five of their seven wins have been decided by five or less points. The Rams are in constant dog fights. Last week wasn't enough to get me off the Bears. This is still an old school team that plays elite level defense and can run the ball well. Sunday night, at home, likely Chicago cold weather, this is a chance for the Bears to prove they're big time. We just saw the Bears in a similar situation against the Minnesota Vikings, and they passed with flying colors. I'm on the Bears again, and I like them to win outright as well.