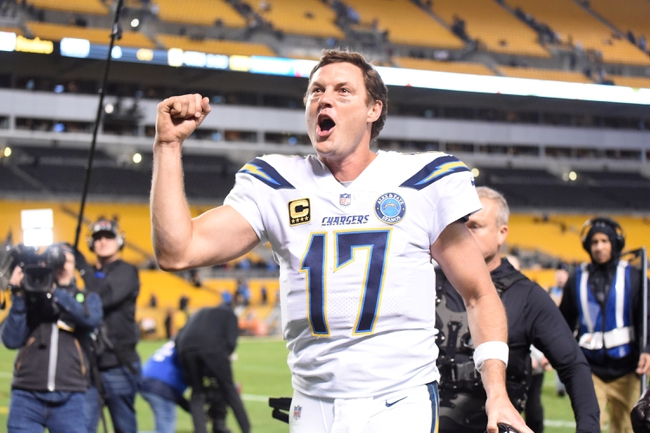 The Cincinnati Bengals and the Los Angeles Chargers will meet up in Week 14 NFL action on Sunday.

Cincinnati limps in here at 5-7 on the season overall. The Bengals have lost their last four straight games, falling in that span to the Saints, Ravens, Browns and Broncos.

In the Broncos game, Bengals QB Jeff Driskel put up 236 yards, one TD and one pick, and Joe Mixon logged 82 yards on the ground. Tyler Boyd was the lead Cincy receiver on 97 yards from six catches.

Over on the Los Angeles side, they’re 9-3 this year. After a sketchy loss to the Broncos a few weeks back, the Chargers have since rattled off wins over the Cardinals and Steelers.

In the Pittsburgh game, LA QB Philip Rivers put up 299 yards and two TDs, and Justin Jackson managed 63 yards rushing with a TD. Keenan Allen had a big day receiving for the Chargers with 148 yards and a score from 14 grabs.

Any hope the Bengals may have had at showing some improvement this season has evaporated, and the last two losses to the Browns and Broncos were particularly embarrassing.

As for the Chargers, they’re still somehow flying under the radar and aside from an occasional slip-up here and there they’ve been great.

I have to stick with LA to keep rolling here, even with the thick line.