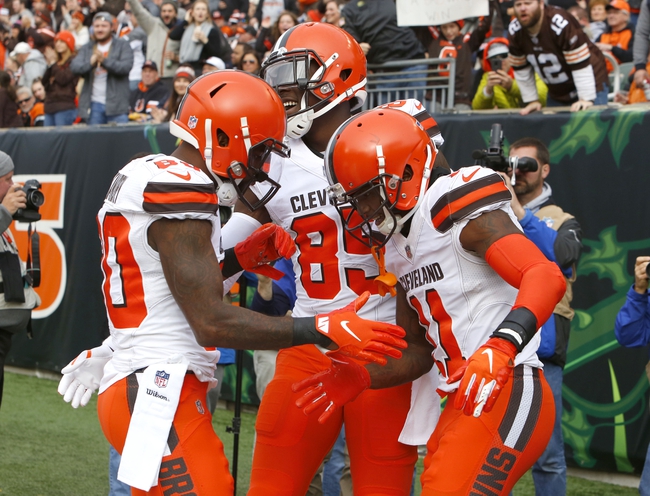 The Carolina Panthers need to snap a four-game losing streak to get a game above a .500 record and remain in the NFC playoff picture. The Carolina Panthers have lost four of their last five road games. Cam Newton is completing 69.5 percent of his passes for 2,999 yards, 24 touchdowns and 11 interceptions. Newton has two or more touchdown passes in each of his last 11 games. Christian McCaffrey and DJ Moore have combined for 1,272 receiving yards and eight touchdowns while Devin Funchess has 42 receptions. The Carolina Panthers ground game is averaging 140.8 yards per contest, and McCaffrey leads the way with 863 yards and five touchdowns. Defensively, Carolina is allowing 25.5 points and 353 yards per game. Luke Kuechly leads the Carolina Panthers with 100 tackles, Mario Addison has eight sacks and Donte Jackson has four interceptions.

The Carolina Panthers are coming off a brutal loss to the Tampa Bay Buccaneers, and they're now being outscored by 8.4 points during their four-game losing streak. The Cleveland Browns didn't look great in their loss to the Houston Texans, but they've played their best football at home and continue to compete regardless of what the score says. The Carolina Panthers have failed to cover five of their last six games when a favorite of any kind. The Cleveland Browns have split their last eight games ATS when an underdog of any kind. I said last week that I was done with the Panthers if they lost to Tampa Bay, and, well... The Panthers are only good at home and are being outscored by 13 points per contest in their last three road games. That fun, high energy the Panthers they play with at home is missing outside of Carolina. The Browns have also been pretty tough at home this season. I like the Browns to win this game outright.