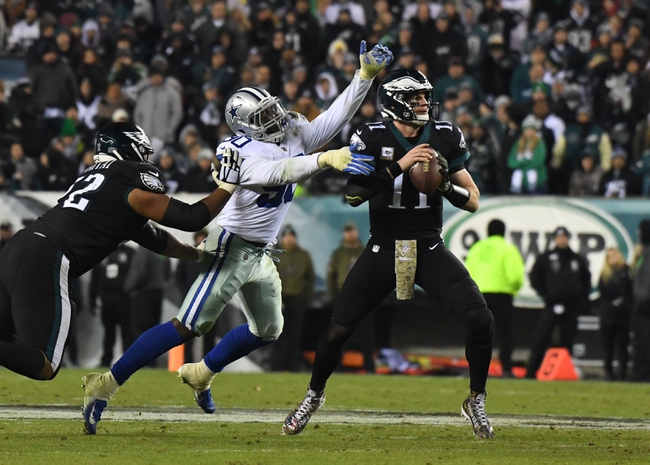 The Philadelphia Eagles and the Dallas Cowboys will meet up on Sunday in Week 14 NFL action.

This year, the Eagles are sitting at 6-6 overall. Philly has had some rough spots this year but after falling in three of four games they’ve won consecutive outings versus the Giants and Redskins.

In the 28-13 win over the Redskins Monday evening, Philly QB Carson Wentz logged 306 yards, two TDs and a pick, and Josh Adams led the rush on 85 yards. Golden Tate also had 85 yards receiving to lead the Eagles, alongside a TD on seven catches.

Over on the Cowboys’ side, they’re currently 7-5 on the season. Dallas is rolling right now with four straight wins over the Eagles, Falcons, Redskins and Saints.

In the 13-10 upset victory over New Orleans, Cowboys QB Dak Prescott logged 248 yards and a TD, while Ezekiel Elliott put up 76 yards on the ground. Michael Gallup was the lead receiver for Dallas in that one with 76 yards on five catches.

This is going to be a must-see game as Dallas fights to assert their dominance in the NFC East. The last time these two squads met was a 27-20 Cowboys victory, and I expect this one to be pretty close as well with a confident Philly team coming in on a short week. Still, I’m on the Dallas bandwagon and going that route.