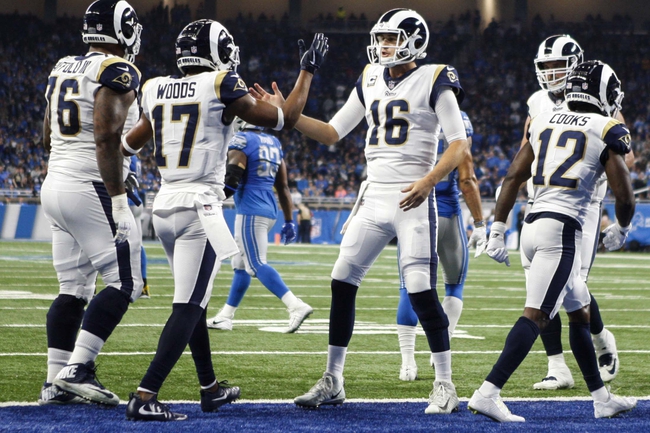 The Los Angeles Rams and the Chicago Bears will meet up in Week 14 NFL action on Sunday.

The Rams roll in here at 11-1 on the season so far. After a loss to the Saints 45-35 a few weeks back, LA has since taken out the Seahawks, Chiefs and Lions in succession.

In the Lions game, Rams QB Jared Goff put up 207 yards with one TD and one INT, and Todd Gurley had a nice game on the ground with 132 yards and two scores. Robert Woods led the LA receivers with 67 yards and a TD from five catches.

Over on the Bears’ side, they’re sitting at 8-4 this year. Chicago had a five-game win streak going versus the Jets, Bills, Lions, Vikings and Lions again, but fell in their last game to the Giants.

In the 30-27 loss to the Giants, Bears QB Chase Daniel put up 285 yards with one TD and two INTs, and Jordan Howard rushed for 76 yards. Tarik Cohen had a big day receiving with 12 catches for 156 yards to lead Chicago there.

Los Angeles has become one of the more reliably dominant NFL teams out there, but if you look at the scores in their recent games, they’re not blowing teams out. The margins of victory usually hover around a score or less.

That presents an opportunity for the Bears on a thin line at home, but with such a small margin for error on the line I’m staying away from this game. I’m going LA still, but it’s something of a coin flip.