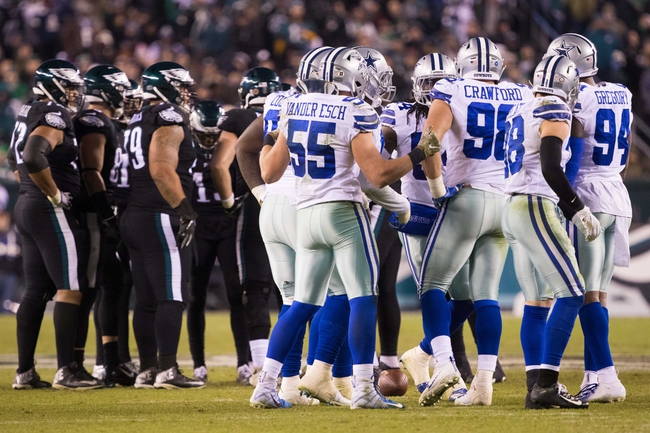 The Dallas Cowboys look to build on their four-game winning streak to continue running away with the NFC East. The Dallas Cowboys have won five of their last six home games. Dak Prescott is completing 66.8 percent of his passes for 2,676 yards, 14 touchdowns and five interceptions. Prescott has one or less touchdown passes in 11 of his last 15 games. Cole Beasley and Amari Cooper have combined for 893 receiving yards and five touchdowns while Ezekiel Elliott has 53 receptions. The Dallas Cowboys ground game is averaging 131.5 yards per contest, and Elliott leads the way with 1,149 yards and six touchdowns. Defensively, Dallas is allowing 18.6 points and 318.2 yards per game. Leighton Vander Esch leads the Dallas Cowboys with 102 tackles, DeMarcus Lawrence has 8.5 sacks and Xavier Woods has two interceptions.

The Philadelphia Eagles have played their best football of the season in their last two games, but it's important to note that those wins came against the New York Giants and a third string QB in the Washington Redskins. The Dallas Cowboys have allowed 20 or less points in six of their last eight games and are winning by an average of 5.25 points during their four-game winning streak. The Philadelphia Eagles have split their last eight games ATS when an underdog of at least three points. The Dallas Cowboys are 6-2-1 ATS in their last nine games when a favorite of at least three points. The Dallas Cowboys are starting to grow on me, as the defense is playing at a very high level and the offense is doing just enough to put teams away. The Philadelphia Eagles have a little more showing and proving to do, as the offense is still sluggish and they actually have yet to beat a team with a winning record. I'll take the Cowboys by a touchdown.