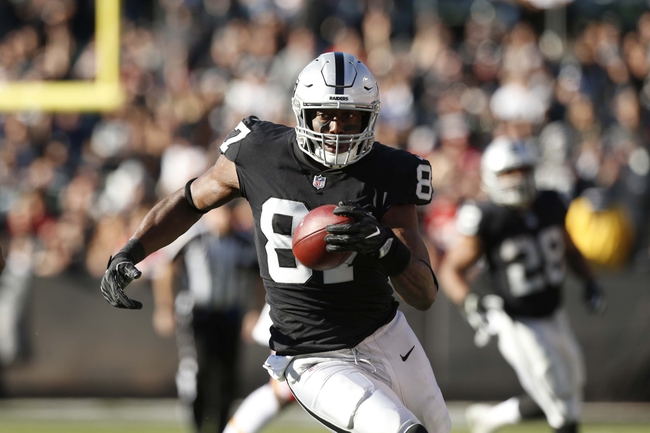 The Pittsburgh Steelers and Oakland Raiders meet Sunday in NFL week 14 action at the Oakland Coliseum.

The Oakland Raiders look to play spoiler at this point after losing seven of their last eight games. The Oakland Raiders have lost their last three home games. Derek Carr is completing 69.2 percent of his passes for 3,112 yards, 16 touchdowns and eight interceptions. Carr has one or less touchdown passes in eight of his last 12 games. Jared Cook and Jalen Richard have combined for 1,187 receiving yards and six touchdowns while Jordy Nelson has 35 receptions. The Oakland Raiders ground game is averaging 105.3 yards per contest, and Doug Martin leads the way with 445 yards and two touchdowns. Defensively, Oakland is allowing 30.6 points and 396.6 yards per game. Tahir Whitehead leads the Oakland Raiders with 94 tackles, Maurice Hurst has four sacks and Gareon Conley has two interceptions.

The Pittsburgh Steelers are coming off back-to-back frustrating losses and only have three wins this season that have been decided by double digits. The Oakland Raiders have given up 34 or more points in four of their last six games and every week there seems to be more and more drama surrounding this franchise. The Pittsburgh Steelers have failed to cover nine of their last 13 games as a double-digit favorite. The Oakland Raiders have failed to cover five of their last eight games as a double-digit underdog. Double-digit underdogs at home in the NFL hold a lot of value, and I considered taking the Raiders here. However, the Steelers should have little trouble lighting this Oakland defense up, and I don't have much faith in this Raiders offense to respond. The wheels have already fallen off this team and you may see guys starting to quit. I'll take the Steelers in a beatdown.