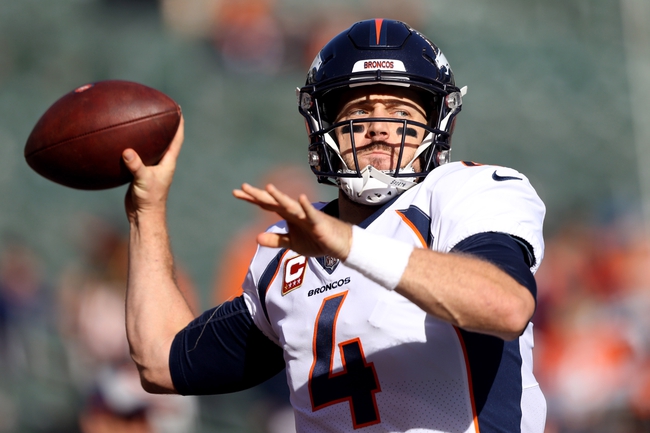 The Denver Broncos and the San Francisco 49ers will match up in Week 14 NFL activity on Sunday.

Denver enters this one at 6-6 on the season. In their last four games, the Broncos lost to the Texans but then rattled off wins over the Chargers, Steelers and Bengals.

In the Bengals game, Broncos QB Case Keenum put up 151 yards with a TD, and Phillip Lindsay logged 157 yards and two scores on the ground. Tops in receiving for Denver was Courtland Sutton with 85 yards and a TD on four catches.

Over on the 49ers side, they’re 2-10 this year. Since their last win over the Raiders November 1, San Fran has fallen to the Giants, Buccaneers and Seahawks.

In the Seahawks game, San Francisco QB Nick Mullens logged 414 yards with two TDs and one pick. Jeffrey Wilson led the Niners rush on 61 yards and Dante Pettis had a nice line with 129 yards and two TDs from five grabs.

I really don’t know what to think about Denver this year; sometimes they come in like legitimate contenders and other times they look lost in all facets.

The good news for Denver is that San Francisco is a mess this season, and they’ve been drilled in their last two games by a couple of “blah” squads. The Niners are pretty darn cold ATS lately as well.

The line in this one doesn’t look too bad, so I’m going with the Broncos.