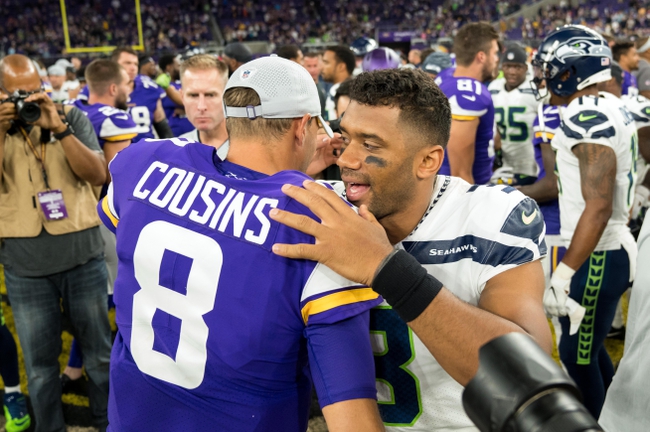 The Seattle Seahawks look to build on their three-game winning streak while remaining in the thick of the NFC playoff hunt. The Seattle Seahawks have won three of their last five home games. Russell Wilson is completing 66.6 percent of his passes for 2,716 yards, 29 touchdowns and five interceptions. Wilson has three touchdown passes in five of his last eight games. Tyler Lockett and David Moore have combined for 1,126 receiving yards and 14 touchdowns while Doug Baldwin has 37 receptions. The Seattle Seahawks ground game is averaging 148.8 yards per contest, and Chris Carson leads the way with 704 yards and four touchdowns. Defensively, Seattle is allowing 21.6 points and 367.4 yards per game. Bobby Wagner leads the Seattle Seahawks with 99 tackles, Frank Clark has 10 sacks and Bradley McDougald has three interceptions.

The Minnesota Vikings continue to be hit or miss, especially on offense where they've scored 20 or less points in three of their last five games. The Vikings also have yet to beat a team with a winning record this season. The Seattle Seahawks are quietly playing really good football right now and are outscoring teams by an average of 11 points during this three-game winning streak. The Minnesota Vikings are 3-3-1 ATS in their last seven games as an underdog of at least three points. The Seattle Seahawks are 4-4-2 ATS in their last 10 games as a favorite of at least three points. I'm not sure how you don't take the Seahakws here. One, it's Seattle, one of the toughest places in the league to play, especially in primetime games. The Seahawks are playing extremely well and all five of their losses have come against playoff/Super Bowl contenders, and they've been close. The Minnesota Vikings are too inconsistent, and I don't trust Cousins in a hostile building like this.