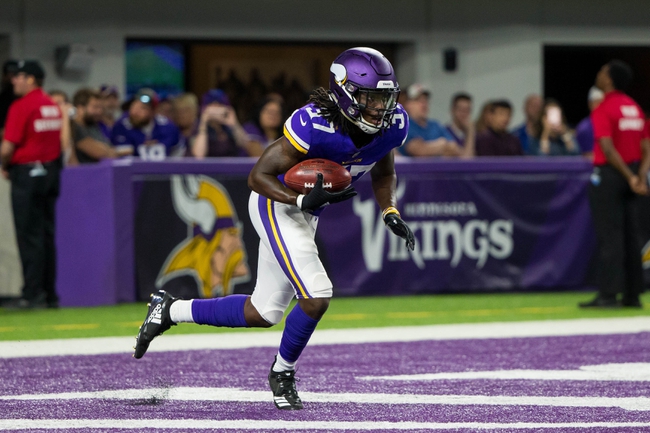 The Minnesota Vikings and the Seattle Seahawks square off in a week 14 NFL matchup from CenturyLink Field on Monday Night Football.

The Minnesota Vikings will look to bounce back after falling to 6-5-1 on the year after a 24-10 loss to New England in their last outing. Kirk Cousins has thrown for 3,490 yards, 23 touchdowns and 9 interceptions on 71.3% passing while Latavius Murray has rushed for 466 yards and 5 touchdowns this season. Adam Thielen leads the Vikings in receiving with 98 catches for 1,166 yards and 9 touchdowns while Stefon Diggs has 84 grabs for 839 yards and 6 touchdowns. Defensively, Danielle Hunter leads Minnesota with 11.5 sacks while Eric Kendricks leads the Vikings with 56 tackles this season. As a team, Minnesota is averaging 362.4 yards of total offense and 22.9 points per game this season.

The Seattle Seahawks will look to build on a 3-game winning streak after a 43-16 beatdown of San Francisco in their last outing. Russell Wilson has thrown for 2,716 yards, 29 touchdowns and 5 interceptions on 66.6% passing while Chris Carson leads Seattle’s ground attack with 704 yards and 4 touchdowns this season. Tyler Lockett leads the Seahawks with 44 catches for 713 yards and 9 touchdowns while David Moore has 413 receiving yards and 5 touchdowns. Defensively, Frank Clark leads the Seahawks with 10 sacks and Jarran Reed has 6.5 sacks while Bobby Wagner leads Seattle with 59 tackles this season. As a team, Seattle is averaging 355.1 yards of total offense and 26.6 points per game this season.

These are two of the top 3 teams in the wild card hunt at the time that I’m posting this article, so you can expect this game to be very tight with neither side wanting to make a mistake. However, while there’s not a whole lot to split these two sides, Seattle has been the more consistent team over the last few weeks, winning 3 straight and covering a lot more often than the Vikings. The Vikings also have had struggles ATS when facing above-average competition, so with so much on the line, I’ll lay the points with Seattle as home field tips the scales in the Seahawks’ favor.