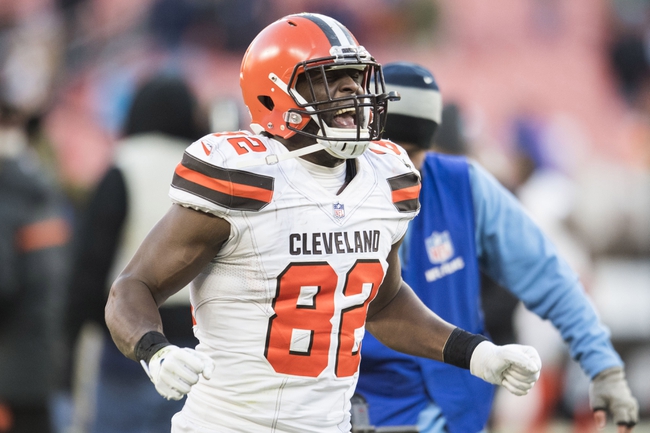 The Cleveland Browns and the Denver Broncos meet in week 15 NFL action from Broncos Stadium at Mile High on Saturday night.

The Cleveland Browns will look to keep their momentum going after winning 3 of their last 4 games following a 26-20 win over Carolina in their last outing. Baker Mayfield has thrown for 2,877 yards, 19 touchdowns and 10 interceptions on 64.4% passing while Nick Chubb has rushed for 760 yards and 6 touchdowns this season. Jarvis Landry leads the Browns with 69 catches for 790 yards, while David Njoku has 47 receptions for 474 yards and Antonio Callaway has 34 grabs for 472 yards with each receiver logging 3 touchdowns this season. Defensively, Myles Garrett leads the Browns with 12.5 sacks while Damarious Randall has a team-high 67 tackles this season. As a team, Cleveland is averaging 359.4 yards of total offense and 22.5 points per game this season.

The Denver Broncos will look to bounce back after having their 3-game winning streak snapped thanks to a 20-14 loss to San Francisco in their last outing. Case Keenum has thrown for 3,139 yards, 15 touchdowns and 10 interceptions on 61.8% passing while Phillip Lindsay has rushed for 967 yards and 9 touchdowns this season. Royce Freeman has added 433 rushing yards and 5 touchdowns while Courtland Sutton is Denver’s leading active receiver with 572 receiving yards and 3 touchdowns this season. Defensively, Von Miller leads the Broncos with 13.5 sacks and Bradley Chubb has 12 sacks while Todd Davis leads the Denver D with 72 tackles this season. As a team, Denver is averaging 358.6 yards of total offense and 22.3 points per game this season.

A lot of key players for the Browns will be making their first career starts in the thin air at Mile High, including the likes of Mayfield, Chubb and Garrett. However, the Browns are having their greatest amount of single season success in recent memory, and I’m not sure how anyone can trust the Broncos after what happened last week against the 49ers. 4 of Cleveland’s 6 road games this year have either been a win or a loss by 3 points, so I’ll take a shot with Cleveland and the points here.