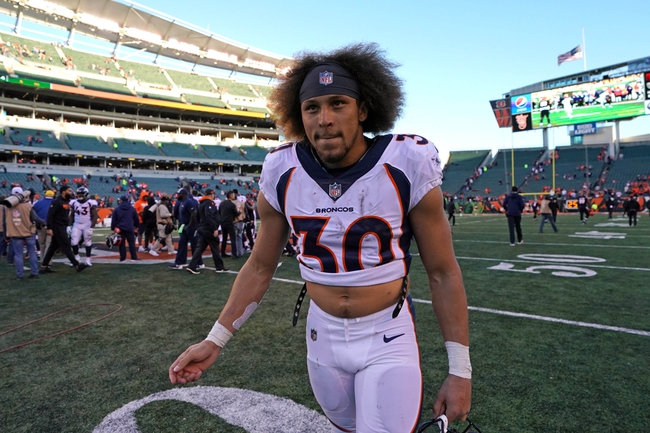 The Denver Broncos need a win here to get back to a .500 record and keep their slim playoff hopes alive. The Denver Broncos have split their last six home games. Case Keenum is completing 61.8 percent of his passes for 3,139 yards, 15 touchdowns and 10 interceptions. Keenum has one or less touchdown passes in eight of his last 12 games. Emmanuel Sanders and Courtland Sutton have combined for 1,440 receiving yards and seven touchdowns while Jeff Heuerman has 31 receptions. The Denver Broncos ground game is averaging 130.2 yards per contest, and Phillip Lindsay leads the way with 967 yards and nine touchdowns. Defensively, Denver is allowing 21.7 points and 383.4 yards per game. Todd Davis leads the Denver Broncos with 100 tackles, Von Miller has 13.5 sacks and Chris Harris Jr. has three interceptions.

The Cleveland Browns are enjoying their best stretch of football in years and the confidence is growing, but they have five of their six road games this season and the last two losses came by double digits. The Denver Broncos are coming off a brutal road loss to the San Francisco 49ers, and it's going to be interesting to see how this club bounces back with their playoff hopes on life support. The Cleveland Browns have failed to cover three of their last four games as an underdog of at least three points. The Denver Broncos are 1-4-1 ATS in their last six games as a favorite of at least three points. The Browns are playing well and it's enough to consider them in the underdog role. However, playing in Denver is never easy, especially on short rest. The Broncos are a desperate team that will have a chip on their shoulder with the way last week went down. I look for Lindsay to get more touches and for the Broncos to grind out a victory, winning by a touchdown.