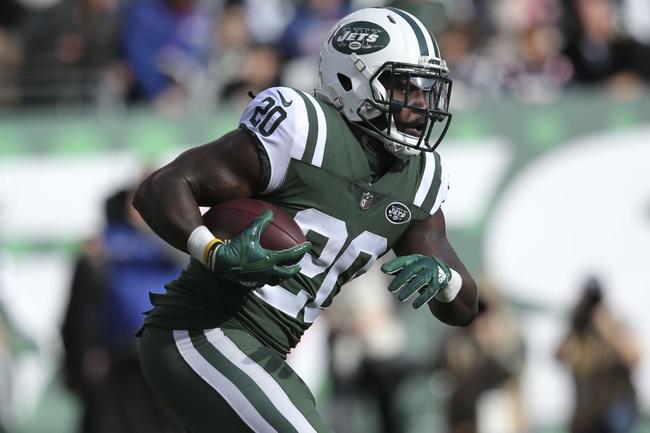 The Houston Texans look for a bounce back road victory after winning nine of their last 10 games. The Houston Texans have won four straight road games. Deshaun Watson is completing 66.9 percent of his passes for 3,298 yards, 22 touchdowns and nine interceptions. Watson has two or more touchdown passes in 11 of his last 18 games. DeAndre Hopkins and Keke Coutee have combined for 1,438 receiving yards and 10 touchdowns while Ryan Griffin has 20 receptions. The Houston Texans ground game is averaging 136.8 yards per contest, and Lamar Miller leads the way with 909 yards and four touchdowns. Defensively, Houston is allowing 19.9 points and 348.8 yards per game. Benardrick McKinney leads the Houston Texans with 87 tackles, J.J. Watt has 12.5 sacks and Justin Reid has three interceptions.

The New York Jets look to play spoiler at this point after lost six of their last seven games. The New York Jets have lost their last three home games. Josh McCown is completing 54.5 percent of his passes for 539 yards, one touchdown and four interceptions. McCown and Sam Darnold have combined for 13 touchdown passes and 19 interceptions this season. Robby Anderson and Quincy Enunwa have combined for 941 receiving yards and five touchdowns while Chris Herndon has 29 receptions. The New York Jets ground game is averaging 106.2 yards per contest, and Isaiah Crowell leads the way with 685 yards and six touchdowns. Defensively, New York is allowing 25.4 points and 375.8 yards per game. Avery Williamson leads the New York Jets with 103 tackles, Jordan Jenkins has six sacks and Trumaine Johnson has four interceptions.

The Houston Texans are coming off a tough loss to the Colts, but five of their last seven wins have been decided by at least seven points. The New York Jets are coming off a nice road win over the Buffalo Bills, but they've lost three straight home games and are being outscored by an average of 21.6 points during that span. The Houston Texans have failed to cover seven of their last nine games when a favorite of at least seven points. The New York Jets have split their last eight games ATS when an underdog of at least seven points. The Houston Texans are head and shoulders the better team in this matchup and have been a profitable team during this winning stretch despite being decent sized favorites. The New York Jets have their quarterback back, but they're still a struggling offensive team that's scored 17 or less points in five of their last seven games and eventually run out of gas defensively. The Texans should win this game by double digits.