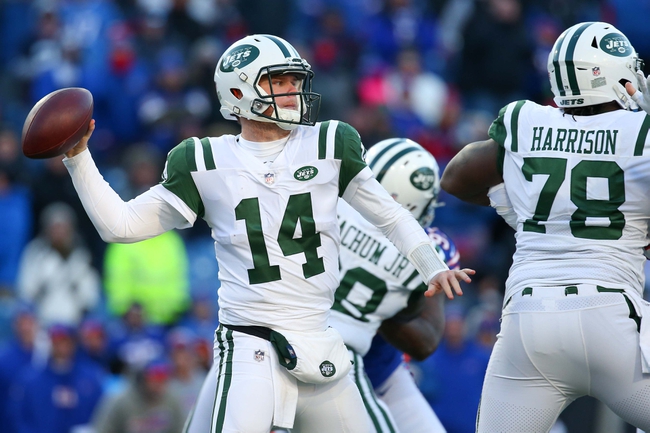 The Houston Texans and the New York Jets will meet up in Week 15 NFL action on Saturday.

Houston is sitting at 9-4 this year. The Texans had a lengthy winning streak going versus the Colts, Cowboys, Bills, Jags, Dolphins, Broncos, Redskins, Titans and Browns but came up short 24-21 against the Colts this past week.

In the Indy game, Houston QB Deshaun Watson put up 267 yards and one TD, and also led the team in rushing with 35 yards. Ryan Griffin was the top Texans receiver with five grabs for 80 yards.

Over on the Jets’ side, they’re 4-9 this year. Following losses to the Colts, Vikings, Bears, Dolphins, Bills, Patriots and Titans in succession, New York finally got another win their last time out versus Buffalo.

In the Bills game, Jets QB Sam Darnold put up 170 yards with one TD and one pick, and Elijah McGuire led the rush with 60 yards and a TD. Robby Anderson led the New York receivers on 76 yards and a score from four catches.

Houston’s loss to the Colts was certainly a downer, but they can get right back on track with a win here—and it goes without saying that they’re favored heavily in this game.

As for the Jets, they looked pretty lost against the Bills until a couple of key drives in the final quarter, but bagging a comeback win will certainly give the team a lift during what’s been a lost season.

Still, I don’t see too many reasons not to pick the Texans here. New York is good at winning meaningless games toward the end of the season, but this is a little much to ask of a bad team.