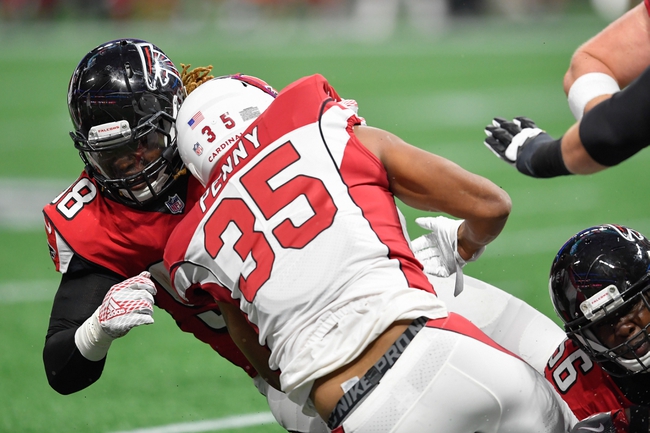 The Arizona Cardinals and the Atlanta Falcons will be meeting up in Week 15 NFL activity on Sunday.

The Cardinals enter this one at 3-10 so far. Arizona has just one win in their last five games, a 20-17 victory over the Packers at Lambeau two weeks back. In their last game, Arizona put up a 17-3 loss to Detroit.

In the Lions game, Cardinals QB Josh Rosen managed 240 yards passing with one TD and David Johnson logged 49 yards to lead the rush. Trent Sherfield was the leading Arizona receiver with his five catches for 77 yards.

Over on the Atlanta side, they’re 4-9 this season. The Falcons have dropped their last five games, falling in that span to the Browns, Cowboys, Saints, Ravens and Packers.

In the Packers game, Atlanta QB Matt Ryan put up 262 yards with three TDs and an INT, while Ito Smith logged 60 yards on the ground. Julio Jones was the top Falcons receiver on his 106 yards and two scores from eight grabs.

The win over the Packers was certainly an unexpected treat for Cardinals fans, but most likely subscribe to the notion of tanking for draft status at this point. Looking at Arizona’s final three games (Falcons, Rams, Seahawks), they could potentially lose-out the schedule.

Atlanta could be a stumbling block however, as they’ve looked lost over their last five games and haven’t scored more than 20 points in any of them. It sounds a little weird to say, but with a pretty thick line on the table I like the Cardinals here.