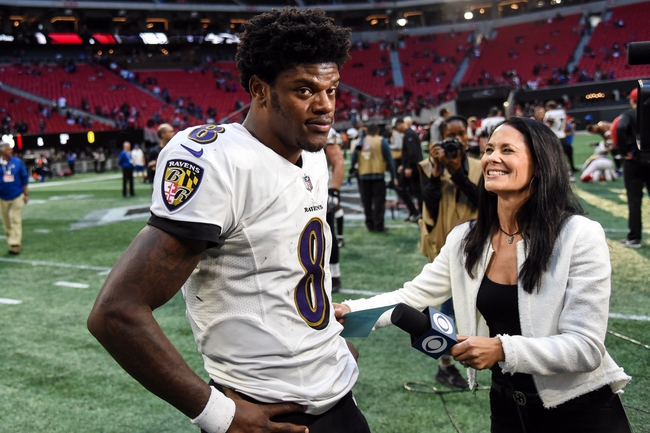 The Baltimore Ravens need to earn their eighth win of the season to stay in the thick of the AFC playoff race. The Baltimore Ravens have won four of their last six home games. Lamar Jackson is completing 58.4 percent of his passes for 687 yards, four touchdowns and three interceptions. Jackson enters this game with 101 career pass attempts under his belt. John Brown and Willie Snead IV have combined for 1,240 receiving yards and six touchdowns while Michael Crabtree has 51 receptions. The Baltimore Ravens ground game is averaging 134.5 yards per contest, and Jackson leads the way with 475 yards and three touchdowns. Defensively, Baltimore is allowing 18.5 points and 293.9 yards per game. C.J. Mosley leads the Baltimore Ravens with 83 tackles, Za'Darius Smith has seven sacks and Brandon Carr has one interception.

The Tampa Bay Buccaneers watched their two-game winning streak come to an end against the New Orleans Saints, but they were in that game before falling apart in the fourth quarter. Finishing has been the problem all year for the Bucs. The Baltimore Ravens are coming off a frustrating loss to the Kansas City Chiefs and six of their last nine games overall have been decided by 10 or less points. The Tampa Bay Buccaneers have split their last 10 games ATS when an underdog of at least three points. The Baltimore Ravens have split their last 10 games ATS when a favorite of at least three points. This is too many points for me to get behind a Baltimore Ravens team that has a one dimensional offense. I can't lay big chalk when a defense can load the box and force the quarterback to make plays with his arm, something Jackson hasn't shown he can do consistently. The Tampa Bay Buccaneers are much better than their record suggests, as they just need to stop turning the ball over and show up in the fourth quarter. Either way, I'm taking the boatload of points in this game, as I don't trust the Ravens enough yet.