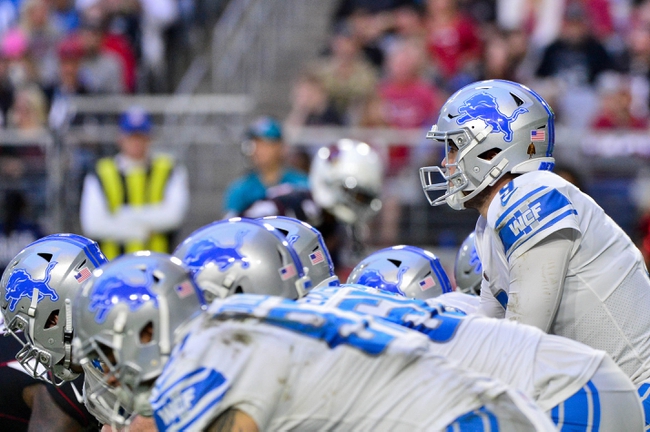 The Detroit Lions and the Buffalo Bills will meet up in Week 15 NFL activity on Sunday.

The Lions come in here at 5-8 on the year. Detroit has dropped five of their last seven games, but in that span they’ve managed wins over the Panthers and the Cardinals.

In this past Sunday’s game versus Arizona, Detroit QB Matthew Stafford put up 101 yards on 15 completions, and Zach Zenner managed 54 yards and a TD on the ground. Theo Roddick was the lead Lions receiver with four catches for 30 yards.

Over on the Bills’ side, they’re 4-9 this season. Buffalo managed consecutive wins last month, but they’ve dropped their last two in divisional matchups versus the Dolphins and Jets.

In the Jets game, Bills QB Josh Allen put up 206 yards and two picks, while also leading the team in rushing on 101 yards and one TD. Robert Foster was the top receiver for Buffalo on 104 yards from seven catches.

Detroit has shown a few flashes of the team they could potentially be this year, but by and large it’s been a disappointment. An offensively-uninspiring 17-3 win over the lowly Cardinals doesn’t help much either.

As for the Bills, it’s been another lost season, and even though they’ve been more competitive over their last handful of games, not being able to hold a lead against the Jets is a definite downer.

There’s not much intrigue going on here, but talent-wise Detroit is still in the driver’s seat.