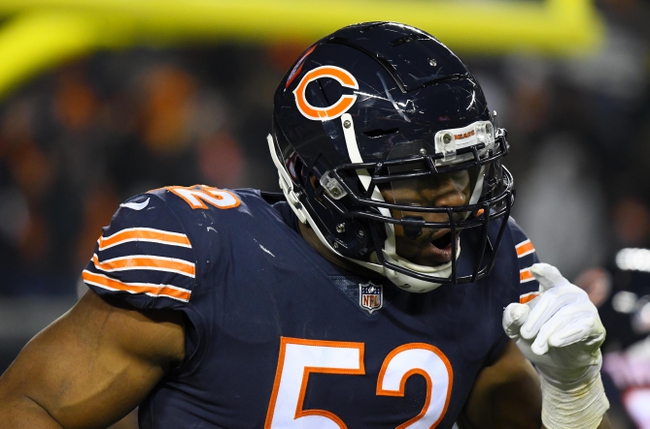 The Chicago Bears look to chase a top seed in the NFC after winning six of their last seven games. The Chicago Bears have won their last four home games. Mitchell Trubisky is completing 64.4 percent of his passes for 2,579 yards, 21 touchdowns and 12 interceptions. Trubisky has two or more touchdown passes in six of his last eight games. Tarik Cohen and Allen Robinson have combined for 1,294 receiving yards and eight touchdowns while Taylor Gabriel has 57 receptions. The Chicago Bears ground game is averaging 121.5 yards per contest, and Jordan Howard leads the way with 713 yards and five touchdowns. Defensively, Chicago is allowing 19 points and 309.9 yards per game. Roquan Smith leads the Chicago Bears with 97 tackles, Khalil Mack has 10 sacks and Kyle Fuller has seven interceptions.

The Green Bay Packers are coming off a feel good win over the Atlanta Falcons, but they've been a brutal team for the most part all year and have been held to 17 or less points in three of their last six games. The Chicago Bears are looking more and more like true Super Bowl contenders and have allowed 20 or less points in five of their last seven games. The Green Bay Packers have split their last eight games ATS when an underdog of at least four points. The Chicago Bears have covered five of their last seven games when a favorite of at least four points. The Bears dominated the Packers earlier in the season before falling apart late, and that's when Green Bay was considered a good football team. The Bears had no issue getting pressure on Rodgers and that was actually the game where it looked like he could have suffered a season ending injury. The Bears are even better than they were in that contest, and the Packers have nothing to play for. I've been drinking the Bears kool aid, and I'm coming back for another cup on Sunday.