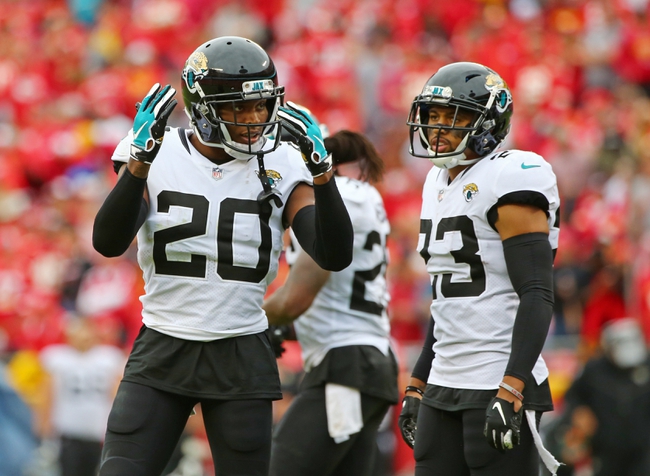 The Washington Redskins are being outscored by a margin of 12.25 points during their four-game losing streak and showed last week against the New York Giants that there's zero hope at quarterback with a combination of Sanchez and Johnson. The Jacksonville Jaguars have had extra time to prepare for this game, but you have to question the motivation at this point given that was once a Super Bowl dark horse has won just once since October. The Washington Redskins have split their last eight games ATS when an underdog of at least seven points. The Jacksonville Jaguars have covered four of their last six games when a favorite of at least seven points. A full touchdown is a ton to lay in the NFL, especially when neither of these teams can score. With that said, I have more confidence in Jacksonville's defense than I do anything else in this game. Jacksonville could easily pitch a shutout with who the Redskins have at quarterback. Look what the Giants did to the Redskins last week on the road. I wouldn't touch this game, but if forced to pick, I'd take the Jaguars in a comfortable victory. The Washington Redskins have zero hope offensively.