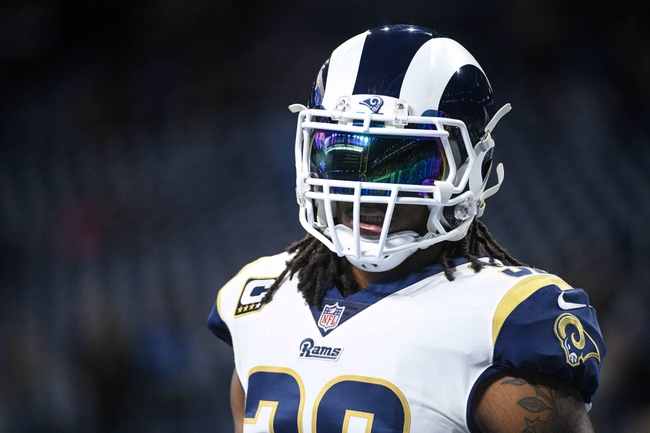 The Philadelphia Eagles are coming off a tough overtime loss to the Dallas Cowboys and six of their seven losses this season have been decided by seven or less points. The Los Angeles Rams couldn't get anything going against the Chicago Bears last week and four of their last six victories have been decided by five or less points. The Philadelphia Eagles have covered six of their last nine games when an underdog of at least seven points. The Los Angeles Rams have failed to cover four of their last six games when a favorite of at least seven points. The Rams have the potential to blow the doors off an Eagles team that has had issues scoring this season. However, both of these teams have been in close games all season long, so it's tough to just throw out a big number like this. Despite their record, the Eagles compete. The Rams also have just two double-digit victories since week 4. I have to take the points in this contest, as I'm just not as high on the Rams as other handicappers or oddsmakers appear to be.