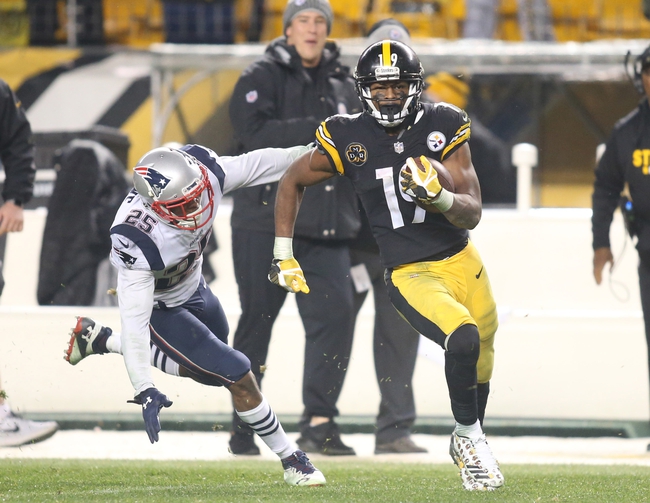 The New England Patriots and the Pittsburgh Steelers meet in a huge week 15 NFL matchup from Heinz Field on Sunday afternoon.

The New England Patriots will be looking to bounce back after suffering a brutal 34-33 last-second loss to the Miami Dolphins in their last outing. Tom Brady has thrown for 3,700 yards, 23 touchdowns and 8 interceptions on 65.6% passing while Sony Michel leads New England in rushing with 706 yards and 5 touchdowns. Josh Gordon leads New England with 701 receiving yards while James White has a team-high 76 catches for 674 yards and 6 touchdowns. Rob Gronkowski and Julian Edelman each have 600+ receiving yards as well this season. Defensively, Trey Flowers leads the Patriots with 6.5 sacks while Devin McCourty has a team-high 54 tackles this season. As a team, New England is averaging 397.1 yards of total offense and 28 points per game this season.

The Patriots loss to the Dolphins was shocking, but in my opinion it was only a shock in how it ended but not necessarily a shock that it happened, as Tom Brady is just 7-10 in his career in Miami and 1-6 in Miami in the month of December. I called Oakland covering against Pittsburgh last week, and called it as a 3-point game, but definitely did not expect the Steelers to lose outright. Conner is questionable again for the Steelers, but given how Pittsburgh has played lately, I’m not sure it matters. New England is still fighting for a first-round bye, and while points at home with a desperate Pittsburgh team is tempting, the Steelers haven’t been playing well enough to be worth backing. Add in New England’s success ATS both overall and in Pittsburgh and I think laying the points with New England is the play here.