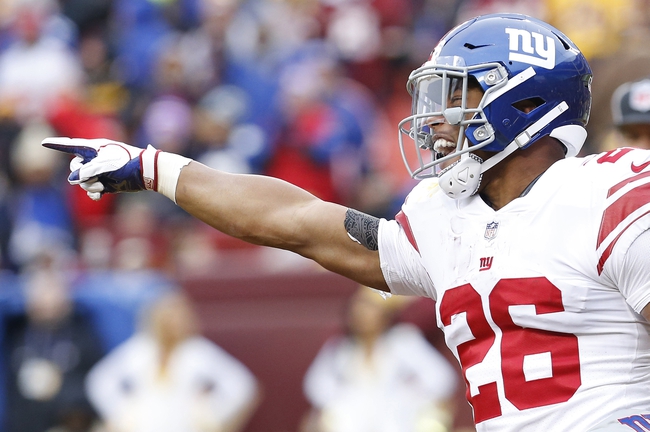 The Tennessee Titans and the New York Giants will meet up in Week 15 NFL activity on Sunday.

Tennessee enters this one at 7-6 on the year. The Titans have won four of their last six games, taking out the Cowboys, Patriots, Jets and Jaguars in that span.

In last week’s Jacksonville game, Tennessee QB Marcus Mariota put up 162 yards and one INT, while Derrick Henry did most of the offensive work on 238 yards and a whopping four touchdowns. Taywan Taylor led the Tennessee receivers on 59 yards from six grabs.

Over on the Giants’ side, they’re 5-8 this season. New York has looked much better lately, winning four of their last five games versus the 49ers, Buccaneers, Bears and Redskins.

In the big 40-16 victory over the Redskins, Giants QB Eli Manning logged 197 yards and three TDs, while Saquon Barkley had another good outing with 170 yards and one rush TD. Evan Engram was the lead Giants receiver there with 77 yards on three catches.

Beating Jacksonville doesn’t mean as much as it did earlier in the year, but Henry gets all the credit in the world for his spectacular game in the Titans’ last outing, and for the most part the whole team looked pretty good. That said, the Titans’ on-field product has been wildly inconsistent this year overall.

As for the Giants, they’ve put up 70 points across their last two games so maybe they’re figuring a few things out after a disastrous opening to the year. I’m going to go with New York on the cover here, but it should be a pretty good matchup overall.