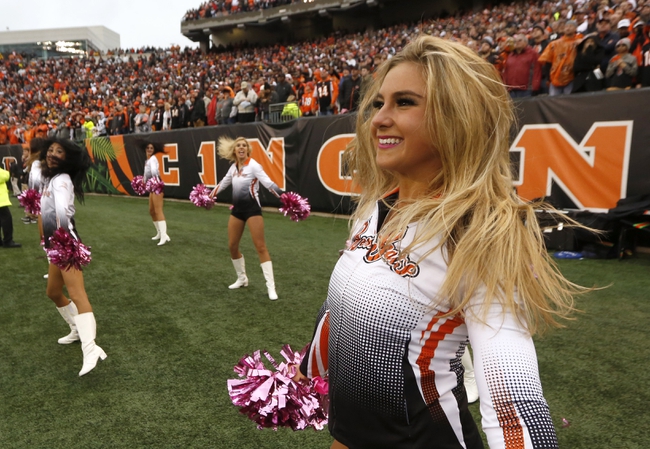 The Oakland Raiders and the Cincinnati Bengals will meet up in Week 15 NFL action on Sunday.

Oakland enters this one at 3-10 on the season. The Raiders’ trio of wins on the year came against the Browns on September 30, the Cardinals on November 18 and the Steelers this past Sunday 24-21.

In the Pittsburgh game, Oakland QB Derek Carr put up 322 yards with two touchdowns, and Doug Martin led the rush on 32 yards with one score. Jared Cook was the lead Raiders receiver with his 116 yards from seven catches.

Over on the Bengals’ side, they’re 5-8 this season. Cincinnati is currently sitting on a five-game losing streak, dropping to the Saints, Ravens, Browns, Broncos and Chargers during that time.

In the Chargers game, Bengals QB Jeff Driskel put up 170 yards and a TD, while Joe Mixon led the ground game on 111 yards and a TD. Tyler Boyd caught three balls for 52 yards to lead the Cincy receivers.

There was plenty of controversy surrounding Oakland’s win over Pittsburgh, but the victory is in the books and realistically the Raiders were able to hang for most of the game with a Steelers team that just didn’t look very good.

As for the Bengals, they’ve seen their playoff hopes dashed over these last few weeks and are skidding to the end of a lost season. There’s not a whole lot of intrigue on either side here, but I still think Cincinnati has enough talent to bang out a home cover in this one.