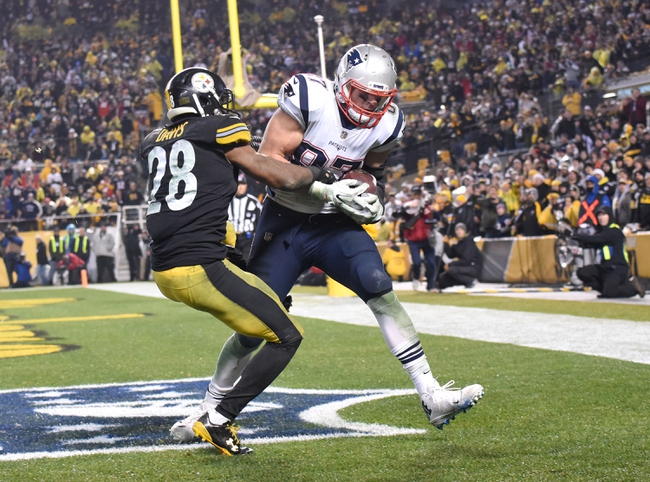 The New England Patriots and the Pittsburgh Steelers will match up in Week 15 NFL action on Sunday.

The Patriots are 9-4 on the season thus far. New England has stumbled a bit over their last five games, falling to the Titans, then taking out the Jets and Vikings before losing to the Dolphins on a last-second miracle play this past Sunday.

In the loss to Miami, Patriots QB Tom Brady put up 358 yards and three TDs, and Sony Michel was the leading rusher with 57 yards. Rob Gronkowsi led the New England receivers with his 107 yards and one score off eight grabs.

Over on the Steelers’ side, they’re 7-5-1 on the year. Pittsburgh is in a free-fall right now after losing their last three games versus the Broncos, Chargers and Raiders.

In the loss to Oakland, Pittsburgh QB Ben Roethlisberger put up 282 yards and two TDs, and Jaylen Samuels led an anemic rush on 28 yards. JuJu Smith-Schuster had a great game however, hauling in eight catches for 130 yards and two scores.

Well, the “Miami Miracle” was certainly a downer for the Pats, and it didn’t help that they couldn’t put the game away on offense either. Still, New England will bounce back. They always do.

As for Pittsburgh, it’s time to start getting nervous if you’re a fan. The Steelers haven’t done themselves any favors over these last three games, and with three more tough ones on the schedule they can’t afford to let up for a minute.

This is a game I’m staying away from (but still watching), and I’ll give the Pats a slight edge on the cover. I simply can’t trust Pittsburgh right now.