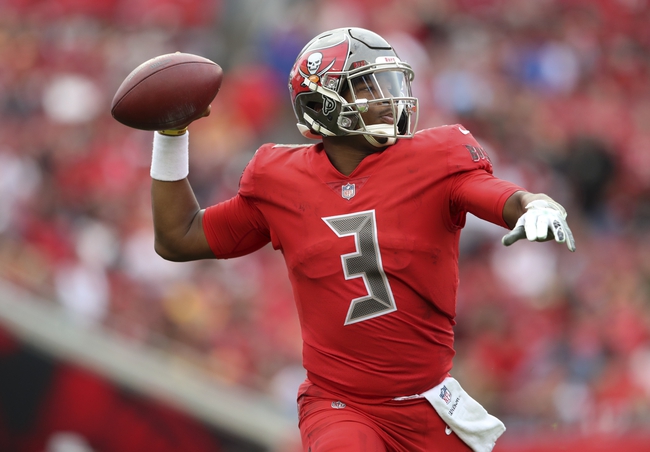 The Tampa Bay Buccaneers and the Baltimore Ravens will meet up in Week 15 NFL action on Sunday.

The Bucs enter this one at 5-8 on the season. Following two consecutive wins over the 49ers 27-9 and the Panthers 24-17, Tampa Bay lost their last outing 28-14 at the hands of New Orleans.

In the Saints game, Tampa QB Jameis Winston put up 213 yards with two TDs and one pick, while also leading the rush with 47 yards on five carries. Tops in receiving for Tampa was Mike Evans with 86 yards on four grabs.

Over on the Ravens’ side, they’re 7-6 this season. Following wins over the Bengals, Raiders and Falcons, Baltimore was tripped up by the Chiefs in their last outing, falling 27-24 there.

In the Chiefs game, Ravens QB Lamar Jackson threw for 147 yards and two TDs, while Gus Edwards led the rush on 67 yards. Willie Snead hauled in five catches for 61 yards to lead the baltimore receivers.

Take the wins over a bad 49ers team and a struggling Panthers team with a grain of salt; Tampa is still in a rough spot as far as being competitive, and if they’re going to keep things close here they’ll really have to push.

Baltimore gets props for a quartet of pretty good showings in their last four, and with a revitalized squad they’ve got a real shot at playoff glory. I’m going to stick with the Ravens to keep it going here and cover, but the number may be very close since the line is so thick.