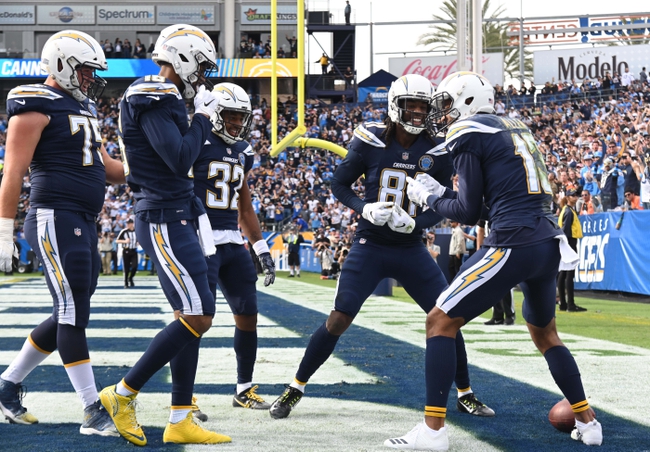 The Baltimore Ravens look for another victory after winning four of their last five games to stay in the thick of the AFC playoff race. The Baltimore Ravens have split their last six road games. Lamar Jackson is completing 58.9 percent of his passes for 818 yards, five touchdowns and three interceptions. Jackson enters this game with 124 career pass attempts under his belt. John Brown and Willie Snead IV have combined for 1,307 receiving yards and six touchdowns while Michael Crabtree has 51 receptions. The Baltimore Ravens ground game is averaging 141.9 yards per contest, and Jackson leads the way with 566 yards and three touchdowns. Defensively, Baltimore is allowing 18.1 points and 290.2 yards per game. C.J. Mosley leads the Baltimore Ravens with 91 tackles, Za'Darius Smith has seven sacks and Brandon Carr has one interception.

The Baltimore Ravens have allowed no more than 21 points in four of their five games since their bye week and four of their last five losses have been decided by seven or less points. The Los Angeles Chargers quietly remain the most balanced and consistent team in the league, but their last three victories have been decided by an average of three points. The Baltimore Ravens are 5-2-1 ATS in their last eight games when an underdog of at least three points. The Los Angeles Chargers have split their last 10 games ATS when a favorite of at least three points. The numbers suggest taking the Ravens and the points, but I still don't trust their offense, a unit that lacks a passing attack and has put them in some close games against subpar teams. The Los Angeles Chargers are the most balanced team in the league, as they not only have weapons on offense but a defense that can go toe-to-toe with any in the league. Melvin Gordon is also expected to return for the Chargers. I'll take the Chargers by a touchdown.