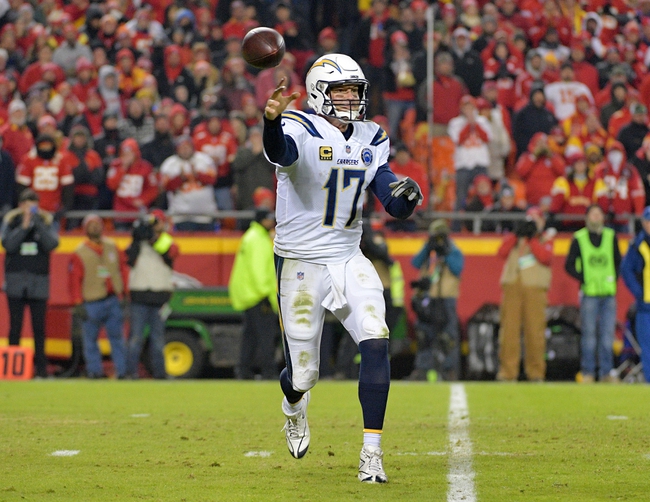 The Baltimore Ravens and the Los Angeles Chargers will meet up on Saturday in Week 16 NFL action.

The Ravens enter this one with an 8-6 record overall. Baltimore has won four of their last five games, taking out the Bengals, Raiders, Falcons and Buccaneers while falling to the Chiefs in that span.

In the Tampa game, Baltimore QB Lamar Jackson logged 131 yards with one TD, and rushed for 95 yards. Gus Edwards led the Ravens on 104 rush yards with a TD and Willie Snead put up 58 yards and a TD receiving.

Over on the Chargers’ side, they’re 11-3 this year. LA has rattled off wins in each of their last four outings, taking out the Cardinals, Steelers, Bengals and Chiefs during that stretch.

In the Chiefs game, LA’s Philip Rivers put up 313 yards, two TDs and two picks, while Justin Jackson led the rush on 58 yards and a score. Mike Williams posted 76 yards on seven catches for the Chargers.

Baltimore has looked like a different team over the last month or so, and they’ll be fighting for the division with the Steelers down the stretch. The Ravens do have two tough matchups looming versus LA and Cleveland, though.

Speaking of LA, they’re banging out wins at a great pace, but not dominating on the scoreboard—their last three victories have been razor close.

I expect another close one here. I’m going Ravens.