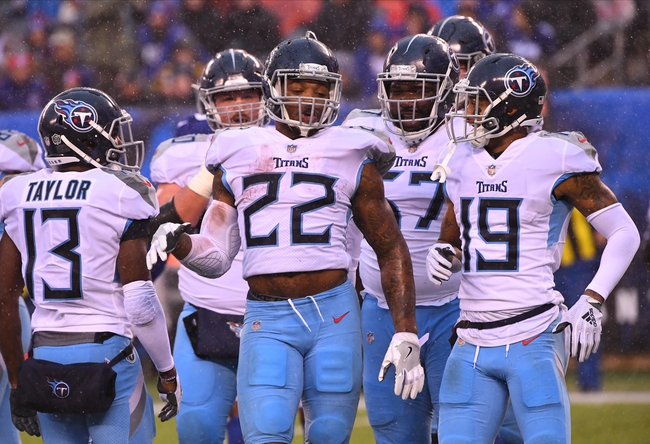 The Tennessee Titans look to build on their three-game winning streak while staying in the thick of the AFC wild card race. The Tennessee Titans have won five of their last six true home games. Marcus Mariota is completing 68.6 percent of his passes for 2,418 yards, 11 touchdowns and eight interceptions. Mariota has one or less touchdown passes in five of his last 10 games. Corey Davis and Taywan Taylor have combined for 1,192 receiving yards and five touchdowns while Dion Lewis has 53 receptions. The Tennessee Titans ground game is averaging 130.8 yards per contest, and Derrick Henry leads the way with 882 yards and 11 touchdowns. Defensively, Tennessee is allowing 18.1 points and 329 yards per game. Wesley Woodyard leads the Tennessee Titans with 89 tackles, Jurrell Casey has seven sacks and Kevin Byard has three interceptions.

The Washington Redskins are coming off a surprising road win over the Jacksonville Jaguars and need to win out to have any real shot of sneaking into the playoffs. The Tennessee Titans are outscoring teams by an average of 14 points during their three-game winning streak, but the last time they looked this good, they got smoked in back-to-back road games against the Indianapolis Colts and Houston Texans. The Washington Redskins are 4-4 ATS in their last eight games when a double-digit underdog. The Tennessee Titans have covered eight of their last 12 games when a double-digit favorite. The Titans should win this game, but this is a lot of points to give a desperate Redskins team on short rest. The Redskins are still decent enough defensively to hang around, and the offense will be manageable if Johnson takes care of the football. Also, nine of the Titans last 14 wins have been decided by single digits. Give me the points.