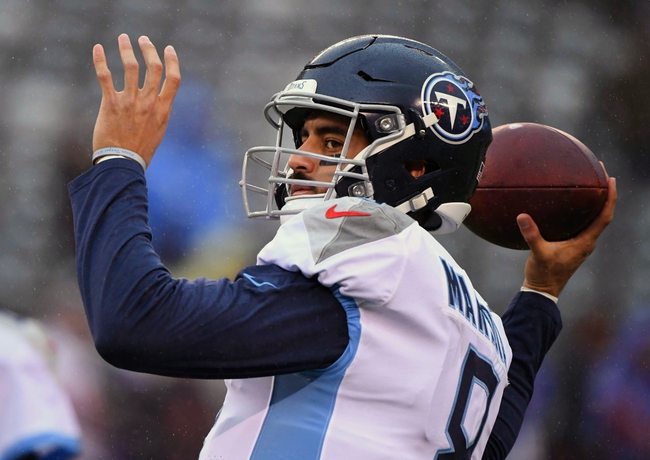 The Washington Redskins and the Tennessee Titans will meet up in Week 16 NFL action on Saturday.

The Redskins enter this matchup at 7-7 overall on the year. Following a slide of losses against the Texans, Cowboys, Eagles and Giants, Washington took out the Jaguars 16-13 last weekend.

In the Jaguars win, the Redskins’ Josh Johnson put up 151 yards with one TD, and Adrian Peterson led the rush with 51 yards on 19 carries. Jamison Crowder was the top Redskins receiver with his 46 yards on four catches.

Over on the Titans’ side, they’re 8-6 this year. Tennessee has won five out of their last seven games, falling to the Colts and Texans but taking out the Cowboys, Pats, Jets, Jaguars and Giants in that span.

In the Giants game, Tennessee QB Marcus Mariota put up 88 yards on 12 completions, and Derrick Henry rumbled for 170 yards and two scores. Corey Davis caught three balls for the Titans there, resulting in 33 yards.

The Redskins are still clinging to slim playoff hopes, but with their injuries and ineptitude on offense lately things just aren't looking good there.

As for the Titans, they’re still in the hunt as well, but they’ll need a couple victories and some help to sneak in there.

All in all, Tennessee is the more complete team right now, and they’ll put a heavy rush on the Redskins. I’m going with the Titans on the cover here.