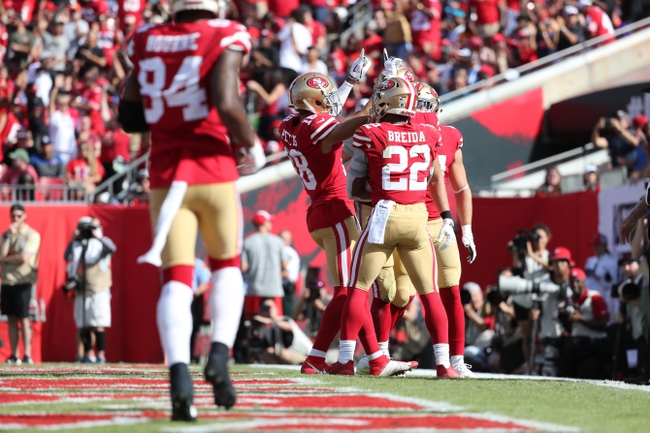 The Chicago Bears look to keep the ball rolling after winning seven of their last eight games. The Chicago Bears have split their last six road games. Mitchell Trubisky is completing 64.9 percent of his passes for 2,814 yards, 23 touchdowns and 12 interceptions. Trubisky has two or more touchdown passes in seven of his last nine games. Tarik Cohen and Allen Robinson have combined for 1,379 receiving yards and nine touchdowns while Taylor Gabriel has 60 receptions. The Chicago Bears ground game is averaging 119.9 yards per contest, and Jordan Howard leads the way with 773 yards and six touchdowns. Defensively, Chicago is allowing 18.9 points and 310.9 yards per game. Roquan Smith leads the Chicago Bears with 107 tackles, Khalil Mack has 12.5 sacks and Kyle Fuller has seven interceptions.

The Chicago Bears have seen three of their four losses take place on the road this season, but each of their last eight wins overall have been won by at least five points. The San Francisco 49ers are coming off back-to-back victories against playoff contenders and have won three of their last four games at Levi's Stadium. The Chicago Bears have covered six of their last eight games when a favorite of at least three points. The San Francisco 49ers have split their last 10 games ATS when an underdog of at least three points. The 49ers have burned me back to back weeks, but at some point you have to question when this little run will end. The 49ers lost seven of their first eight games, so I highly doubt they're capable of beating three straight possible playoff teams. The Bears have been kind to me all season long, and there's no reason to bet against them with the best defense in the league and an offense that's improving each week. The Bears are consistent and cruise in this game as long as they take care of the football.