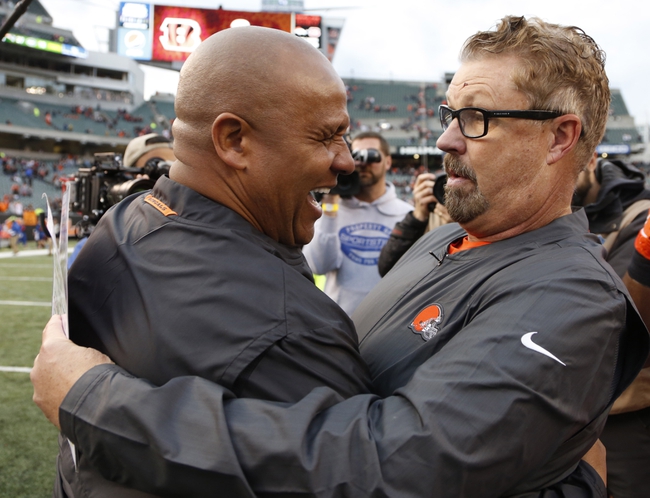 The Cleveland Browns look to stay hot after winning four of their last five games to keep their slim playoff hopes alive. The Cleveland Browns have won four of their last six home games. Baker Mayfield is completing 63.9 percent of his passes for 3,065 yards, 21 touchdowns and 11 interceptions. Mayfield has two or more touchdown passes in six of his last eight games. Jarvis Landry and Antonio Callaway have combined for 1,334 receiving yards and seven touchdowns while David Njoku has 50 receptions. The Cleveland Browns ground game is averaging 121.2 yards per contest, and Nick Chubb leads the way with 860 yards and eight touchdowns. Defensively, Cleveland is allowing 24.9 points and 401.1 yards per game. Jamie Collins Sr. leads the Cleveland Browns with 92 tackles, Myles Garrett has 12.5 sacks and Damarious Randall has four interceptions.

The Cincinnati Bengals are coming off a nice win over the Oakland Raiders, but five of their eight losses have been decided by 10 or more points and they've lost their last three road games by an average of 14.3 points. The Cleveland Browns are riding high on confidence, as they're having their best season in years, but they've been in nothing but close games and four of their six wins have been decided by six or less points. The Cincinnati Bengals have split their last eight games ATS when an underdog of at least seven points. The Cleveland Browns haven't been a favorite of at least seven points since their 2013 game against the Jacksonville Jaguars. While we're getting a free touchdown, I don't trust these banged up Bengals on the road. I also just saw these Browns beat the hell out of the Bengals a few weeks ago and make comments about former coach Hue Jackson. The Browns clearly have some beef toward Jackson returning to the Bengals and enjoy sticking it to their former coach. I expect the Browns to lay the wood to the Benglas yet again.