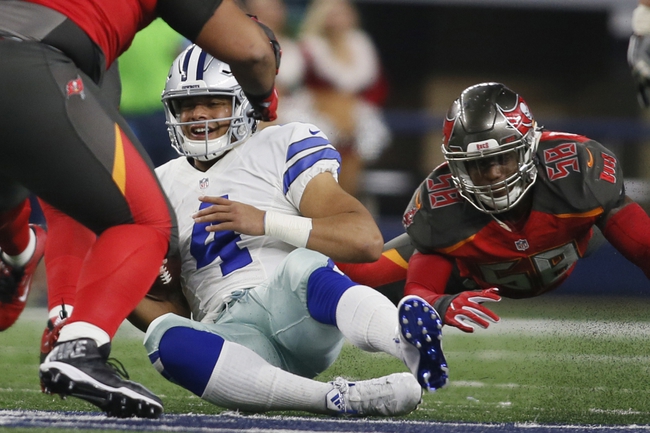 The Tampa Bay Buccaneers and the Dallas Cowboys will meet up in Week 16 NFL action on Sunday.

In the loss to Baltimore, Bucs QB Jameis Winston put up 157 yards and a pick, while Peyton Barber led the rush on 85 yards and a score. Mike Evans was the top Tampa receiver on his 121 yards and four catches.

Over on the Cowboys’ side, they’re 8-6 this season. Dallas had a nice win streak going versus the Eagles (twice), Falcons, Redskins and Saints but fell to the Colts 23-0 in their last appearance.

In the loss to the Colts, Dallas’ Dak Prescott put up 206 pass yards with a pick, and Ezekiel Elliott led the rush on 87 yards. Blake Jarwin put up 45 yards from four catches to lead the Cowboys there.

Tampa does have some pieces in place, but they’re still a little ways off being competitive in that division and don’t have anything to play for down the stretch aside from draft position. As for the Cowboys, they’re obviously reeling after that ugly loss and will want to bounce back here. This is a good team to do that against, so I’m going Dallas on the cover.