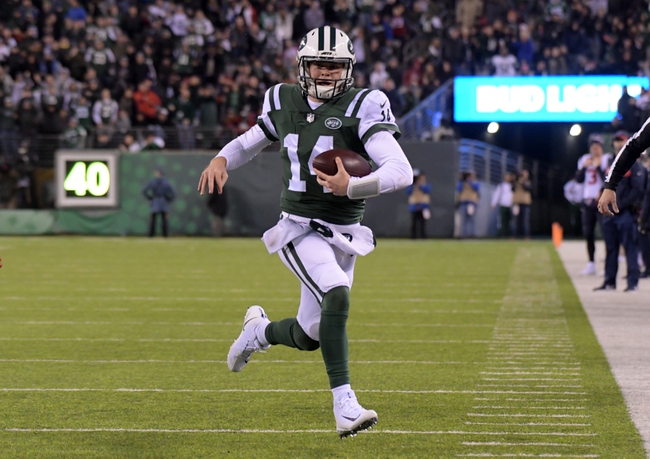 The Green Bay Packers and the New York Jets will meet up in Week 16 NFL action on Sunday.

Green Bay enters this game at 5-8-1 on the season. The Packers are just 1-4 in their last five outings, taking out the Falcons but falling to the Seahawks, Vikings, Cardinals and Bears in that time.

In the Bears game, Packers QB Aaron Rodgers put up 274 yards and one INT, and Jamaal Williams managed 55 yards and a score on the ground. Davante Adams topped the Green Bay receivers with 119 yards on eight catches.

Over on the Jets’ side, they’re 4-10 this year. New York has won just one of their last eight games, beating the Bills and falling to the Vikings, Bears, Dolphins, Bills, Patriots, Titans and Texans in that time.

In the Texans game, Jets QB Sam Darnold put up 253 yards and two TDs, and Elijah McGuire posted 42 yards and a score rushing. Robby Anderson was the top New York receiver on 96 yards and a TD from seven grabs.

Well, it’s officially a lost season for Green Bay, who really hasn’t looked like themselves all year. Losing the division to their archival Bears doesn’t help matters much either. The Pack has scored just 17 points in three of their last four outings.

Over on the Jets’ side, they’re looking toward 2019 as well, and have been for quite some time. Still, New York remains somewhat competitive on the field lately; their last pair of losses have come by a score or less.

The Jets should be able to hang around here, and they’re good at winning late-season games that are essentially meaningless. I’m going with New York on the cover.